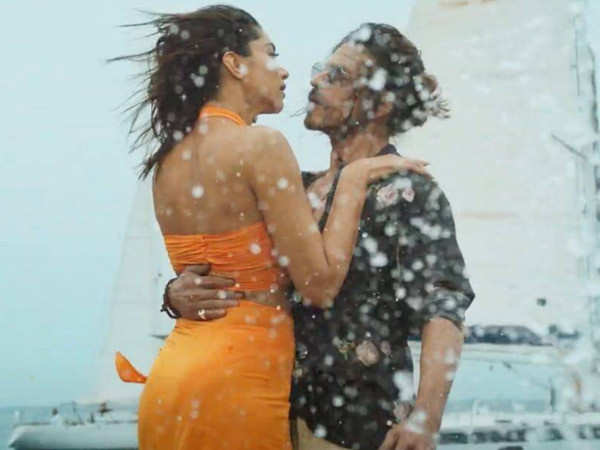 Shah Rukh Khan and Deepika Padukone’s Pathaan’s song Besharam Rang attracted a lot of media attention. A number of people online decided to boycott the film as a result. Everything started when the Madhya Pradesh minister objected to Deepika’s decision to wear a saffron bikini in the song. He further claimed that Pathaan contains some offensive moments and threatened to have it banned in Madhya Pradesh if they weren’t changed. Several politicians then made statements that were similar to this one. They didn’t like the song’s title either. Pathaan made its official theatrical debut today, January 25. Deepika Padukone’s orange bikini has now made it to the final cut, with a few minor changes to Besharam Rang.

Many factors contribute to the popularity of Pathaan. Despite earlier requests from the Central Board of Film Certification (CBFC) that the makers of Pathaan make specific changes to both the film and Besharam Rang, the snowball effect didn’t really start to take off until Besharam Rang’s release and Deepika Padukone’s saffron bikini started to make headlines. They were asked to submit the freshly revised version prior to the movie’s release. In the finished product, Deepika Padukone’s orange bikini is still discernible. Despite the controversy surrounding it, the creators chose to keep it. Besharam Rang, however, has undergone a few minor changes.

Before it was even released, Besharam Rang, the first song from Pathaan, was eagerly awaited. Eventually, the song was released on December 12.