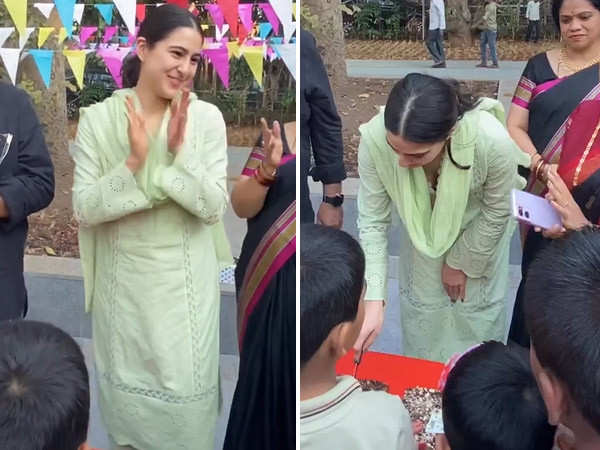 Sara Ali Khan, who made her Bollywood debut with Sushant Singh Rajput in Kedarnath, paid tribute to the actor on his birth anniversary. The actress, who has always spoken about the close relationship she had with the late star, joined kids to celebrate his birthday. Sara shared a photo of the memorable moment along with a touching message on Instagram. She brought joy to the kids’ faces by celebrating the event by cutting a cake with them.

The children sing Happy Birthday Sushant as the actress cuts the cake in a video that she published. The beautiful note that accompanied the video, which is certain to make you glow with happiness, read, “Happiest Birthday Sushant. I know what makes other people smile meant to you. And while you’re watching over all of us, up there next to the rising new moon, I hope we’ve made you smile today too. Shine on…Jai Bholenath. Thank you @sunilarora_ @balashatrust for making today so special. People like you make the world a better, safer, happier place. Keep spreading the joy that you do (sic).”