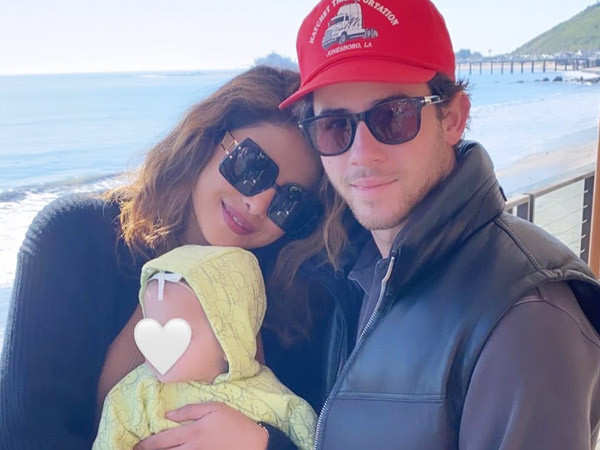 Priyanka Chopra has been enjoying mom duties. The actress has been spending a lot of time with her daughter Malti Marie and her singer-husband Nick Jonas. On Sunday, the two took their baby girl for a day on the beach.

Priyanka Chopra took to her social media handle to share snaps from her Sunday on a Malibu beach. The photos see the family spending quality time by the sea.

PeeCee captioned the post, “Sunday,” with a heart emoji.

Priyanka Chopra has been keeping busy. Last week, the actress took time out to catch a screening of RRR alongside SS Rajamouli. Earlier, she hosted a screening for the Oscar-shortlisted Chhello Show or Last Film Show.

On the work front, Priyanka Chopra is all set to star in the spy thriller series Citadel. She will also feature in Love Again alongside Sam Heughan and Jee Le Zara with Alia Bhatt and Katrina Kaif.