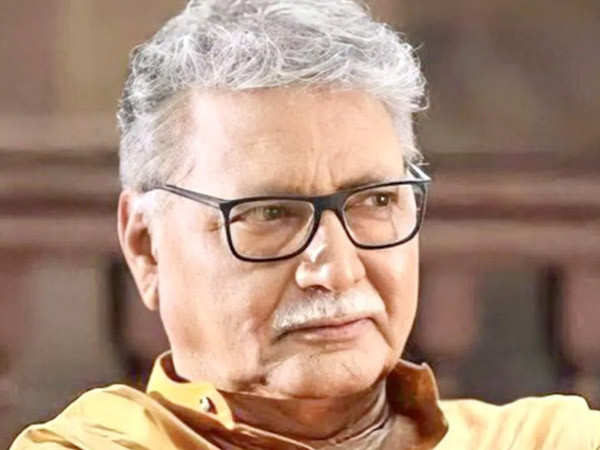 Veteran actor Vikram Gokhale is currently in critical condition and on life support. The actor’s family has refuted rumours after news of his passing surfaced on Wednesday evening. Now, Gokhale’s wife and daughter have issued clarifications calling the news untrue.

Vikram Gokhale’s wife Vrushali Gokhale shared that the actor is still alive.  “He slipped into a coma yesterday afternoon and post that, he has not responded to touch. He is on a ventilator. Doctors will decide tomorrow morning what to do, depending on whether he’s improving, sinking or still not responding,” she told a leading news portal.

The 77-year-old actor has been admitted at the Deenanath Mangeshkar Hospital, Pune since November 5, 2022. He was admitted to the ICU following a health scare. Vrushali Gokhale added, “He improved a bit but slipped again. He has had a host of issues, like in heart and kidney. At the moment, he has had a multi-organ failure.”

Vikram Gokhale’s daughter also reacted to the death rumours saying that the actor is “still critical and on life support, he has not passed away yet. Keep praying for him.”

Vikram Gokhale is best known for his many roles in Marathi and Hindi cinema. His filmography includes Agneepath, Hum Dil De Chuke Sanam, Bhool Bhulaiyaa and more.  The actor was last seen in the Marathi-language film Godavari and the recently released Nikamma.