Arjun Kapoor to shoot for the next schedule of his new film, in Rishikesh and Delhi 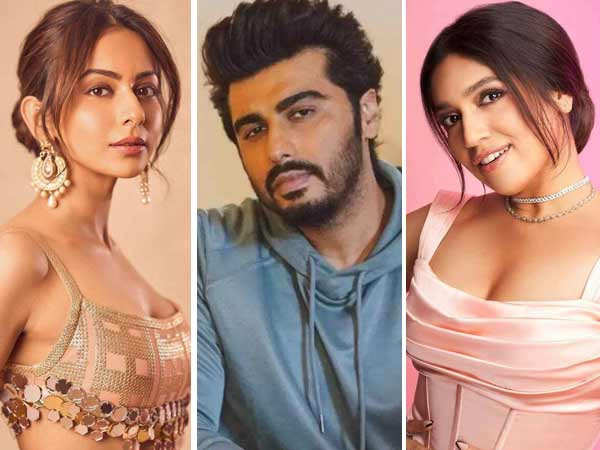 Arjun Kapoor recently finished filming for his upcoming movie, a full-on romantic comedy, in the UK. He has since left to begin filming for the next schedule in Rishikesh and Delhi.

Reportedly the film is also starring Bhumi Pednekar and Rakul Preet Singh. A source revealed, “Arjun is diving headlong into the shooting of this film and he will be joined by Rakul and Bhumi in due course of time. The film projects him as the hero that audiences have always wanted to see him as and the genre of romantic comedy has always worked for Arjun. So, all eyes are on how well this film does at the box office as Arjun has a natural audience pull because of the genre. The film’s first schedule was in the British capital. The team is now all set to shoot the next schedule in  Rishikesh and then Delhi.”

Recent performances by Arjun Kapoor in Sandeep Aur Pinky Faraar and Ek Villain Returns have been well received. He’ll next be seen in Kuttey, which is releasing in January. He will also appear in the thriller The Ladykiller by Ajay Bahl.