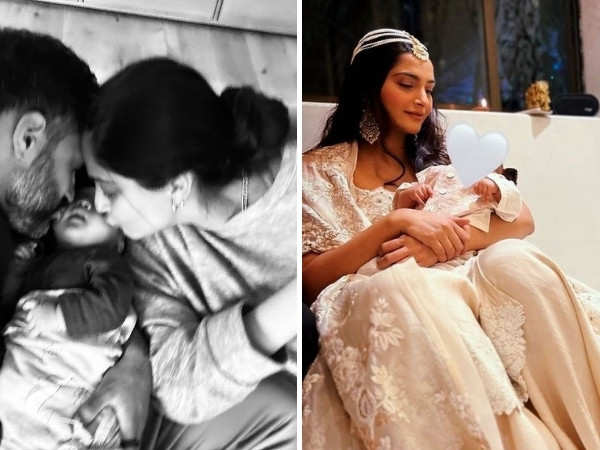 Sonam Kapoor is one of the newest B-town moms. The actress welcomed her first child Vayu back in August this year. Since then, she has been sharing small glimpses of her family life on social media. Recently, the actress revealed her son Vayu’s face in a new post.

On Monday, Sonam Kapoor posted a wholesome reel in which she can be seen spending some quality time with her husband Anand Ahuja and son Vayu on vacation. They were also joined by Anil Kapoor. Set to Taylor Swift’s ‘Sweet Nothings’ the reel sees the actress taking long drives and enjoying sweet moments with her son.

Earlier, Rhea Kapoor had shared a glimpse of Sonam twinning with her son as they lounged on the couch.

On the work front, Sonam Kapoor will soon be seen in Blind.