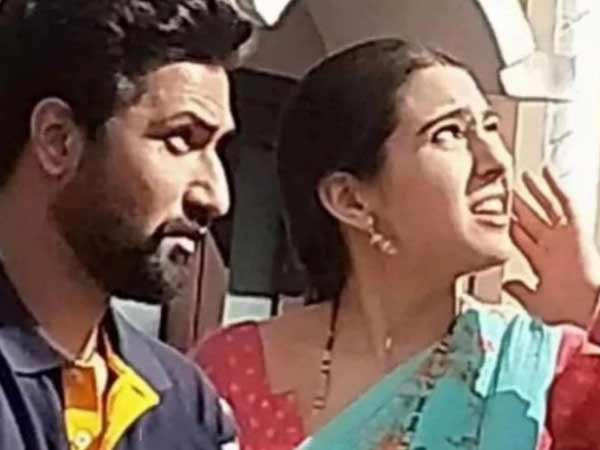 One of the most anticipated upcoming onscreen collaborations is Vicky Kaushal and Sara Ali Khan’s stint. The two are set to team up for director Laxman Utekar’s next. Now, photos of the film’s set have surfaced online.

Viral photos of Vicky Kaushal and Sara Ali Khan from Laxman Utekar’s next offer a glimpse of their looks. In the pictures, Vicky can be seen in a polo neck t-shirt on a bike while Sara Ali Khan donned a saree with a mangalsutra.

Check out the images that are doing the rounds of social media here:

Laxman Utekar’s next is currently untitled. Not much is known about the film which will mark the first collaboration between Vicky and Sara.

Sara Ali Khan is also set to star in Gaslight alongside Vikrant Masset while Vicky is set to star in Govinda Naam Mera with Kiara Advani and Bhumi Pednekar and in Meghna Gulzar’s Sam Bahadur.