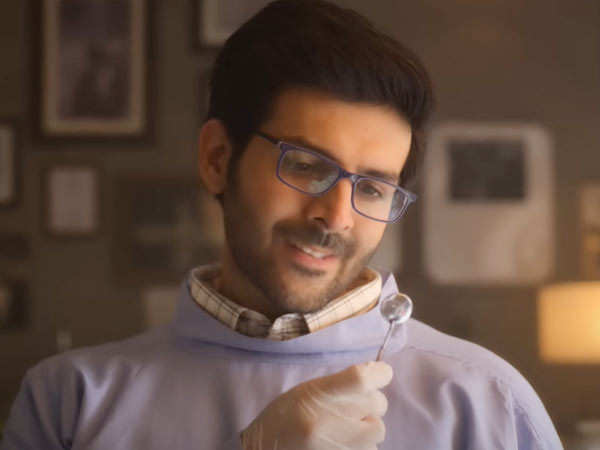 Kartik Aaryan is set to appear in an all-new avatar in his next film Freddy. The Shashanka Ghosh directorial will see the actor play a dentist with a dark secret. While the film’s teaser dropped earlier this month, Aaryan is now opening up about the role.

Kartik Aaryan revealed that Freddy is no hero. Talking about the challenges of playing the role he explained, “The character is dark – He is not your conventional Bollywood hero. You wouldn’t consider him a hero at all. My character in Freddy helped me explore a different side of my craft and encouraged me to challenge my abilities at every step as an actor.”

He also revealed some plot details saying, “It’s different. It’s gripping. It’s a dark thriller that’s been missing for a while. Freddy leaves you at the edge of your seat at every corner.”

In Freddy, Kartik Aaryan plays Dr Freddy Ginwala a social outcast dentist who spends most of his time alone. The film’s teaser sees him pulling teeth and a dead body, revealing an intriguing plot. In case you missed it, check out the teaser here:

Kartik Aaryan was last seen horror-comedy film Bhool Bhulaiyaa 2. The actor is also set to star in Shehzada alongside Kriti Sanon and in Satyaprem Ki Katha with Kiara Advani.

Freddy is set to release on OTT on December 2 this year.