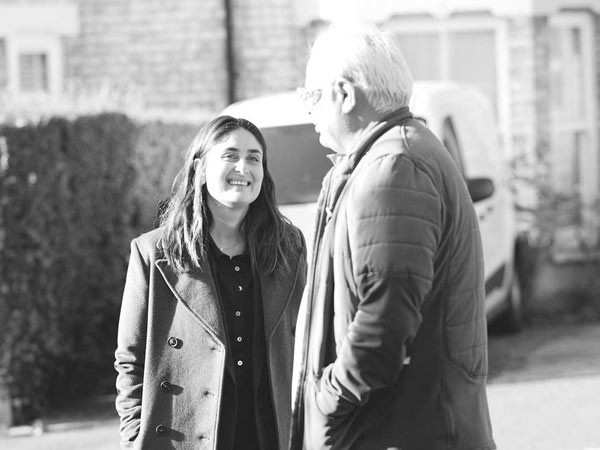 Kareena Kapoor Khan is hard at work on her next movie with director Hansal Mehta. The actress, who is in London filming for it, frequently updates her fans with images and videos. Bebo recently posted a few images with the director as well with beautiful text. Kareena can be seen conversing with Mehta in the monochrome photographs.

The actress shared it with the caption, “A director’s actor…always. Easy, sharp, instinctive and cool…been an absolute pleasure. @hansalmehta This one is special, guys. Mumbai see you soon…”

Kareena Kapoor also recently shared some behind-the-scenes photos from her shoot in Dover, where she can be seen in a variety of moods, from cheerful to funny, as she prepares for her shoot. She captioned the photographs, “Dover Diaries.United Kingdom 2022. Always a mood on set @hansalmehta @balajimotionpictures @mahana films”

Meanwhile, Kareena Kapoor was most recently seen in Aamir Khan’s film Laal Singh Chaddha. She is also set to make her OTT debut with Sujao Ghosh’s adaptation of Keigo Higashino’s book Devotion of Suspect X, alongside Jaideep Ahlawat and Vijay Verma, in addition to her project with director Hansal Mehta.