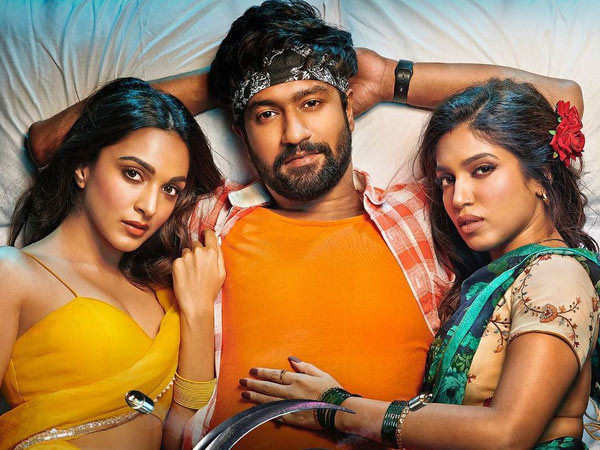 Vicky Kaushal is all set to step into a fun new avatar with his upcoming film Govinda Naam Mera. The film which also stars Kiara Advani and Bhumi Pednekar is a comedy from director Shashank Khaitan that is set to go straight to streaming. The makers of the film have now unveiled new posters and announced the release date.

Bhumi Pednekar’s poster sees her seated in an armchair in a purple gown. The poster reads “Govinda ki hotty wife.”

A fourth poster from the film features the lead trio. The stars shared the poster with a caption teasing the film’s plot. “Murder, mystery, madness & masala – ALL coming to your home screens!”

Govinda Naam Mera is set to release on December 16 this year.