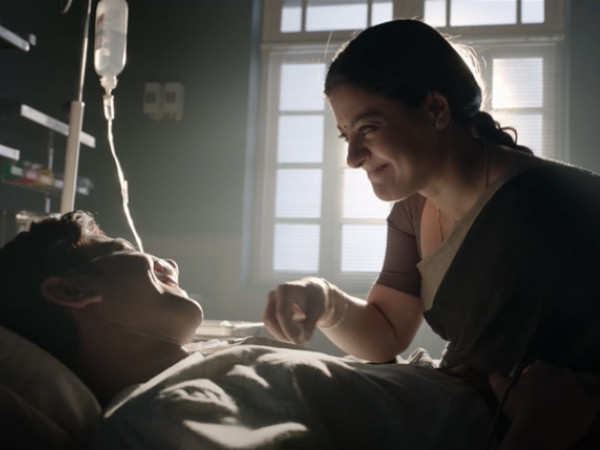 The full-length trailer of Salaam Venky – Kajol’s next film arrived today. The film which also features Rahul Bose, Vishal Jethwa, Aahana Kumra, Rajeev Khandelwal and others is an emotional drama directed by Revathy.

The trailer of Salaam Venky introduces us to Kajol’s Sujata who is a mother with a terminally ill son Venky (played by Vishal Jethwa). We then get glimpses of their daily lives in and out the hospital. It is a montage of bittersweet scenes as the trailer offers a glimpse of the touching mother-son bond amidst extraordinary circumstances. The clip ends with a surprise Aamir Khan cameo that nobody saw coming.

Check out the trailer of Salaam Venky here:

Salaam Venky has some gut-wrenching scenes amidst the largely rousing tone of the film. However, it’s safe to say that it will be a tear-jerker.

The film’s official synopsis reads – Witness the story of Sujata and her son Venky, as they navigate through the most challenging situations one can ever face with a smile and teach us the true meaning of living BIG. Based on a true story of a life well lived.

Salaam Venky is set to release on December 9 this year.