Kartik Aaryans trainer on the actor gaining 14kgs for Freddy: His dedication is next level

Kartik Aaryan’s trainer on the actor gaining 14kgs for Freddy: His dedication is next level 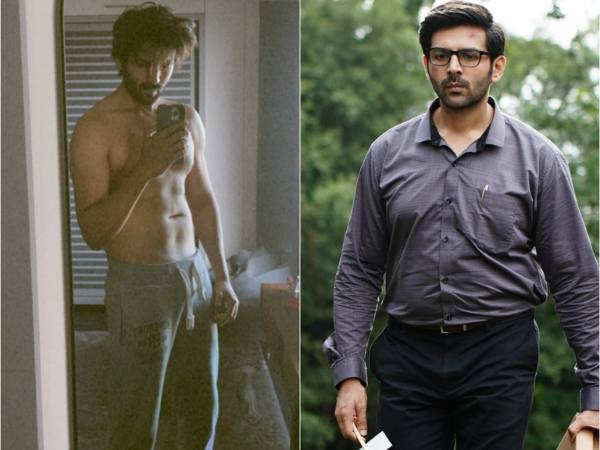 This year, Kartik Aaryan managed to do what most of Bollywood couldn’t i.e. drive people to the theatres. He’s always been one of the most relatable actors and has a huge fanbase. It’s safe to say that Kartik has come a long way since his Pyaar ka Punchnama days. While the actor has traditionally played romantic and comedic roles, he has made a switch to meatier content in the past few years. The actor will be seen next in Freddy which shows him in an all-new avatar. According to reports, Kartik plays the role of an introverted yet manic dentist, Dr Freddy Ginwala. The trailer does show some disturbing sides to his personality – at one point, Freddy is seen lugging a body through a forest. Like with most roles, Kartik had to go through a physical transformation with this one as well.

“Kartik is someone with a genetically lean body. So, when he was required to gain around 14 kilos for Freddy, we knew it is going to be a task. But his dedication is next level! He was able to achieve the look well in time, following disciplined routine workouts and the right diet plan. Putting on kilos requires a well-supervised process because it is not just simply the shredding of muscles or getting ripped. He has done a fantastic job and the look came perfectly for the film,” celebrity fitness trainer Samir Jaura told a leading daily.

“Freddy has been one of the most interesting and surprising scripts that I have ever read. When I saw that I would also be required to gain weight for the role among other preparations, I just wasn’t able to worry at that moment, because I was so excited to play this character. And it was quite difficult, trying to put on so much weight altogether. But, under Samir’s training, we achieved the goal in time and gladly, the entire team loved the final look,” said Kartik himself.

Kartik will be exploring a darker side to himself in Freddy which is set to appear on a leading OTT platform on 2nd December this year. Besides this, the actor also has Shehzada, Satyaprem ki Katha, Aashiqui 3 and Kabir Khan’s untitled project lined up.