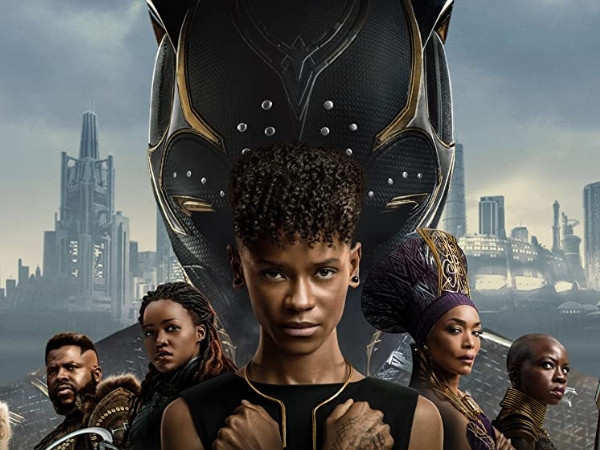 Black Panther: Wakanda Forever, the sequel to the 2018 film Black Panther is now in theatres. The Ryan Coogler directorial shows how a new path can be forged while paying a sincere, poignant tribute to the late Chadwick Boseman who headlined the history-making first film. Starring Letitia Wright, Lupita Nyong’o, Angela Bassett, Danai Gurira, Dominique Thorne and others, the film revolves around Wakanda in mourning as the women charged with leading the broken nation – Queen Ramonda, Shuri, Okoye and others, grapple with their loss. In the meantime, Wakanda has new threats from the outside world seeking to weaponise vibranium and a powerful enemy closer to home – Namor (Tenoch Huerta Mejia) the Feathered Serpent God with his own vibranium reserves to protect. A lot goes down in the film’s runtime of almost three hours that needs unpacking. While the storyline is largely uninterrupted by the rest of the Marvel Cinematic Universe, its unexpected ending opens up endless possibilities. So what do the ending and the mid-credits scene mean for the future of the MCU?
First up, what happened in Black Panther: Wakanda Forever?
The film opens with the death of King T’Challa from an unnamed illness. In his final moments, Shuri tries to save him with a synthetic heart-shaped herb. Cut to a year later, Queen Ramonda, now the ruler of Wakanda, finds herself navigating tricky world politics as nations attempt to mine vibranium. Surprisingly, Wakanda isn’t the only place where they can get their hands on it. The metal is discovered in another kingdom – Talokan led by the mutant warrior King Namor who isn’t pleased with the attention Wakanda could draw to his people. Namor gives the Queen two options – (a) Form an alliance to protect the two vibranium-owning nations by striking the foreign threats first – a task that involves killing teen prodigy Riri Willaims aka Ironheart for creating a vibranium detector and (b) Refuse but risk going up against Namor’s formidable army of underwater warriors with superhuman strength. As tensions surge, an all-out battle breaks out between the two kingdoms that results in the all-too-painful death of one of the lead characters.

Shuri having finally created a heart-shaped herb that works, visits the ancestral realm after taking the potion. However, instead of meeting her brother King T-Challa, she’s surprised to find her cousin Killmonger (Michael B. Jordan) who tells her that she perhaps seeks vengeance and is more like him than her peace-loving brother. After the unsettling chat, Shuri returns with the powers of the Black Panther. All suited up, she goes up against Namor and his army along with Riri Willaims armed with her Ironheart exo-suit and Okoye, now rebranded as the Midnight Angel with upgraded armour.
What happened in the ending of Black Panther: Wakanda Forever?

In the climax fight of Black Panther: Wakanda Forever, Shuri and Namor face off by the sea. During the clash, Shuri manages to cut off one of Namor’s ankle wings. However, when it comes down to finally getting vengeance for her mother’s death, she hears her mother’s voice urging her to remember who she is and Shuri decides to spare Namor. Instead, she announces an alliance with the Talokans and the two share the happy news with their people who cease fighting. The film’s final moments neatly tie up the threads of grief running along the narrative. Shuri places the heart-shaped herb in the forest for it to grow for future generations but she doesn’t follow through with all the traditions. When it comes down to taking the throne, she opts out while M’Baku declares an open challenge for the crown. The film doesn’t reveal a crowning ceremony but we do know that the new Black Panther isn’t the ruler of Wakanda as of now.
What happened in the mid-credits scene of Black Panther: Wakanda Forever?

In the emotional final moments of the film, Shuri burns her ceremonial robes from T’Challa’s funeral at the beach, something she struggled with during the film’s first act. We see her coming to terms with her loss. Soon after, in the mid-credits scene of Black Panther: Wakanda Forever, it is revealed that T’Challa and Nakia had a son – Toussaint. The two had agreed to raise him away from the kingdom and keep his existence a secret so that he can have a normal upbringing. However, he’s aware of his late father’s royal status and proudly states that his Wakandan name is T’Challa.

What does the ending mean for the future of the MCU?

With Shuri holding the mantle of Black Panther currently, it will be a while before it is passed down to young T’Challa. He is a six-year-old after all. By introducing the character, Marvel is setting up a new hero while also honouring Chadwick Boseman’s Black Panther. It is important to note that kid T’Challa isn’t a character from the comics and was created for the MCU. So it wouldn’t be a surprise if he joins the ranks of the younger lot of heroes introduced in the MCU’s Phase 4. It remains to be seen how his onscreen journey pans out. For now, it looks like Wakanda’s future is female and in capable hands.

SEE ALSO: Black Panther: Wakanda Forever: Everything You Need To Know Before Watching