Kareena Kapoor, Tabu and Kriti Sanon to team-up for Rhea Kapoor’s The Crew 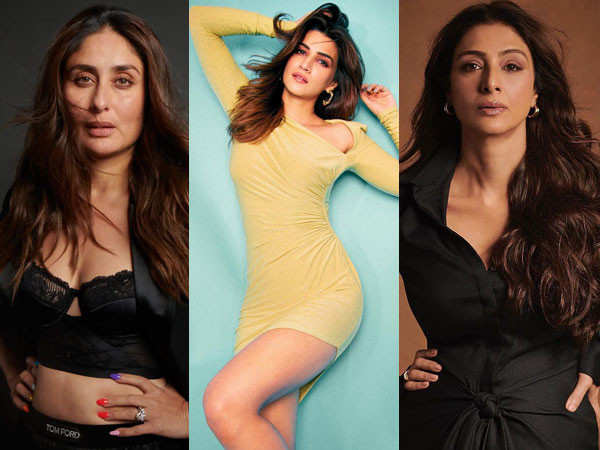 There’s a new power trio in B-town! Actresses Kareena Kapoor Khan, Tabu and Kriti Sanon are all set to star in Rhea Kapoor’s The Crew. The film will mark their first onscreen collaboration.

The Crew is produced by Ekta Kapoor and Rhea Kapoor who are reuniting after Veere Di Wedding and is directed by Rajesh Krishnan who is best known for his work on Kunal Kemmu-starrer Lootcase. As per reports on a leading news portal, the film’s plot will revolve around three women navigating work and life in the airline industry. It is touted to be a comedy.

Kareena Kapoor Khan is currently working on Hansal Mehta’s next which is also backed by Ekta Kapoor. The actress is also attached to star in The Devotion of Suspect X. Tabu was last seen in the horror-comedy film Bhool Bhulaiyaa 2 and will next be seen in Drishyam 2 in which she is reprising her role alongside Ajay Devgn. Meanwhile, Kriti Sanon is all set to appear in Bhediya with Varun Dhawan.

Production for The Crew is expected to go on floors in February 2023 and the makers are eyeing a 2024 release date.