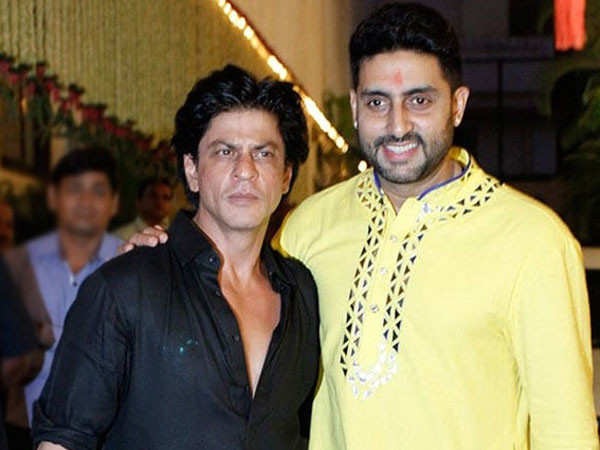 Shah Rukh Khan and Abhishek Bachchan have been close pals for the longest time. They have starred together in two of their biggest hits – Kabhi Alvida Naa Kehna and Happy New Year. Their friendship has only bloomed over the years.

Apparently, in an interview with a leading news portal, Abhishek Bachchan was asked about one career advice that Shah Rukh Khan has given and that he truly swears by. Abhishek was asked to reveal that one role or special character he is waiting to essay on the big screen. However, he said that he likes to focus on whatever he is doing at that moment and not let his thoughts meander.

As for the advice given to him by Shah Rukh Khan, he said,  when Abhishek asked him, ‘You’ve done amazing work, which one is your favourite, and what all roles would you like to do,’ Shah Rukh replied, ‘Whatever works and roles I’m doing right now! Always remember you’re an actor. Ask yourself and introspect, if whatever you are doing right now is not your favourite, then why are you even doing it? Don’t focus on what is going to happen in the future. Just focus on your present and give your 100% to it.”

On the work front, Abhishek has R.Balki’s Ghoomer in the pipeline and his OTT show Breathe: Into The Shadows, season 2 has just been released.