John was our first and only choice for Pathaan: director Siddharth Anand

John was our first and only choice for Pathaan: director Siddharth Anand 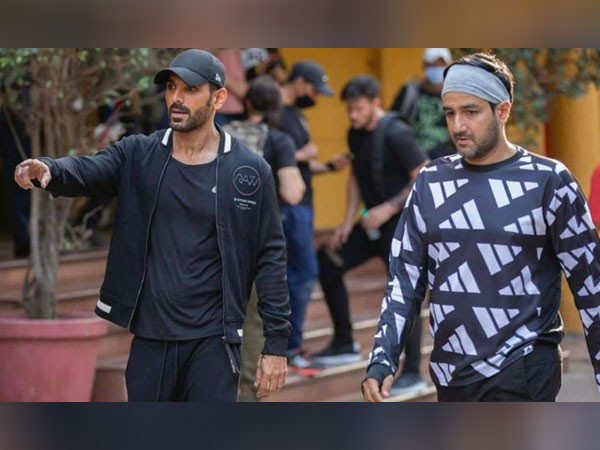 John Abraham plays the villain in Shah Rukh Khan and Deepika Padukone starrer Pathan and just the glimpse of his avatar has already wowed fans. John has been presented as a ruthless mercenary who wants total destruction of anyone and everyone who crosses his way. Siddharth Anand, the director, spoke about the role and revealed that John was his first and only choice, and he was glad that he agreed.

Siddharth says, “For Pathaan to be larger than life, we needed to have a towering villain who is equally larger than life. We wanted someone who is ruthless and suave and commands an electric presence on screen! So the villain in Pathaan was written keeping John Abraham in mind.” He adds, “He was our first and only choice, and we were certain that we wanted a villain that they would cherish forever.

The teaser sure looked thrilling, and we are extremely excited for the thrilling showdown to take place between John Abraham and Shah Rukh Khan. Pathaan is set to release on Jan 25, 2023 in Hindi, Tamil and Telugu.