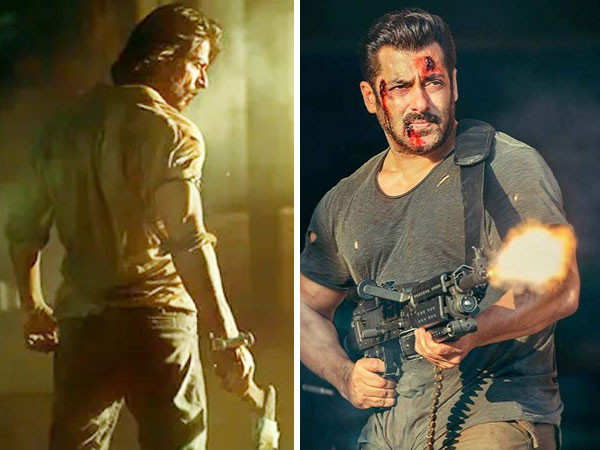 Shah Rukh is all set to make his return to the big screen with action-thriller Pathaan alongside Deepika Padukone and John Abraham, while Salman Khan has his big Eid release of Tiger 3 lined up for next year. And now makers have confirmed that fans are in for a double treat as Aditya Chopra wants to expand his spy universe and plans to cast Shah Rukh Khan, Salman Khan and Hrithik Roshan together.

“Shah Rukh Khan will shoot for Tiger 3 immediately after Pathaan release, thus confirming his presence in the Tiger franchise! In Aditya Chopra’s spy universe, the paths of SRK, Salman and Hrithik will constantly cross to build up the grand finale of the spy universe. While Salman will be seen in Pathaan, now SRK will also be seen in Tiger 3 and an extensive shooting schedule is being planned to shoot this exciting portion immediately after Pathaan’s release on Jan 25, 2023!” said a source close to the makers.

The source added, “This will be a massively mounted action sequence where Pathaan and Tiger come together for a very crucial scene. This will also be a huge cinematic moment for audiences to love. The spy universe is turning out to be deliciously thrilling because it brings the biggest superstars together in riveting, edge of the seat sequences that are important for the plot to move forward. Now, all eyes on when Hrithik Roshan will enter the spy universe!”

We can’t wait for this magical collaboration, because the three biggest superstars coming together is sure to create bollywood history