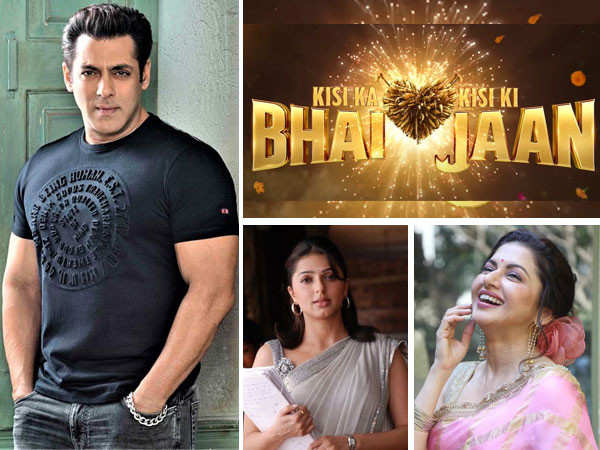 The casting of Salman Khan’s upcoming movie, Kisi Ka Bhai Kisi Ki Jaan, has garnered attention for a number of reasons. Even though the movie already has a stellar ensemble cast, there are numerous rumours that two of Salman’s prior on-screen co-stars will be joining the superstar.

Salman will reportedly reunite with his Maine Pyaar Kiya co-star Bhagyshree and his Tere Naam co-star Bhumika Chawla for the upcoming Eid release. Apparently, both actresses have a significant part in the movie.

Pooja Hegde, Jassie Gill, Shehnaaz Gill, Raghav Juyal, Siddharth Nigam, and Vijender Singh are also featured in Kisi Ka Bhai Kisi Ki Jaan and with the addition of Bhagyashree and Bhumika the movie will be Salman’s biggest multi-starrer since Jai Ho, which was released in 2014.

Salman Khan is additionally workin on Tiger 3, which features Emraan Hashmi and Katrina Kaif in major roles, along with Shah Rukh Khan’s Pathaan which will make a surprise appearance.