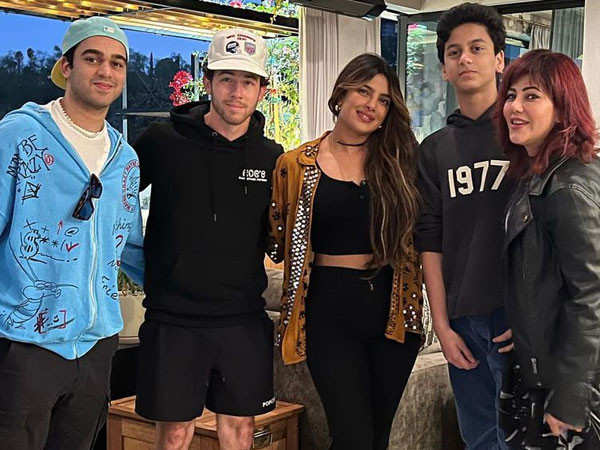 Priyanka Chopra and Nick Jonas are always dishing out couple goals. The two make headlines every time they are seen out and about together. This time around, eagle-eyed fans spotted Priyanka Chopra wearing one of her singer-husband Nick Jonas’ shirts at an outing.

The photo that is now winning hearts sees Priyanka Chopra alongside Nick Jonas, Wardha Khan Nadiadwala and others. The actress wore a mustard yellow shirt which some fans immediately recognised as Nick Jonas’ shirt.

A fan page traced the shirt on Nick at an earlier event and shared a side-by-side comparison of the two wearing it on different occasions. It’s adorable, to say the least.

Nick Jonas and Priyanka Chopra recently celebrated their first Diwali with daughter Malti Marie Chopra Jonas. The actress shared snaps in which they can be seen wearing colour-coordinated ethnic outfits and performing puja as a family.

On the work front, Priyanka Chopra’s upcoming projects include Citadel, It’s All Coming Back To Me and Jee Le Zaraa.