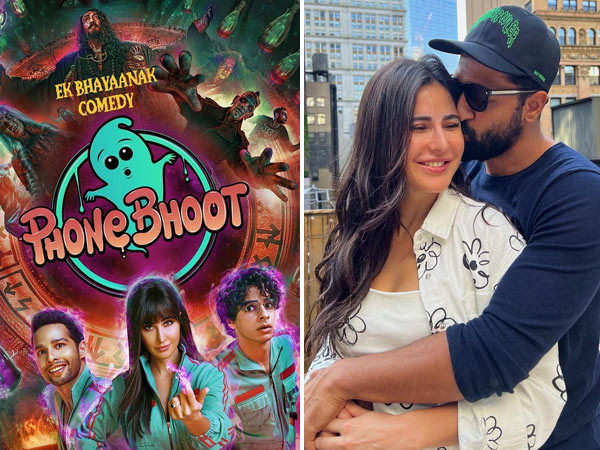 Katrina Kaif is all set to play a ghost in the upcoming whacky horror-comedy Phone Booth, alongside Siddhant Chaturvedi and Ishaan Khatter, and the promotions for the release are in full swing.

Katrina Kaif took to her Instagram and shared a video of a sleepy Vicky Kaushal as she woke him up with a special alarm. The sound was a voiceover of Katrina Kaif repeating the lines, “Mai ek bhoot hun (I am a ghost).” Vicky Kaushal who was in deep sleep, woke up for a second to look at the camera and went back to sleep instantly.

Earlier Vicky Kaushal, had also joined in the Phone Booth shenanigans and had shared the trailer, with the caption “Meri cute-ni bani Bhoot-ni. (my cutie becomes a ghost) Love.”

The film has been directed by Gurmmeet Singh and is all set to release on 4th November, 2022.