Mouni Roy says playing Junoon in Brahmastra was not easy

Mouni Roy says playing Junoon in Brahmastra was not easy 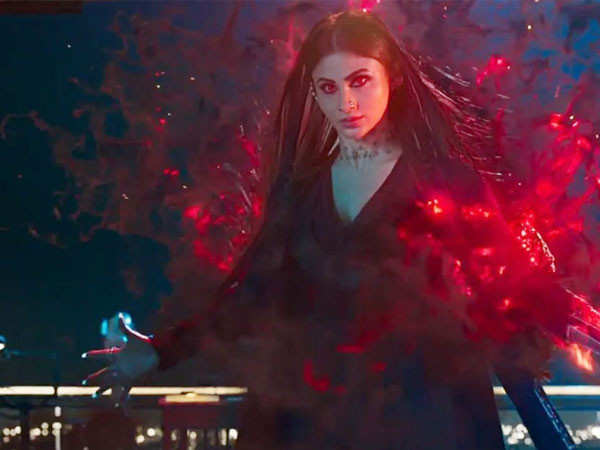 Mouni Roy has been making waves for her portrayal of Junoon in Brahmastra: Part One – Shiva ever since the film hit the big screen. The Ayan Mukerji directorial featured Ranbir Kapoor, Alia Bhatt, Amitabh Bachchan, Nagarjuna Akkineni and others. Ahead of its OTT release on November 4, the actress opened up about playing the sinister villain in the fantasy film.

Mouni Roy received much praise for her well-cast role in Brahmastra. Talking about the audience reception, the actress shared, “I was quite overwhelmed with all the support coming my way! There is a lot of curiosity, a lot of questions about Junoon and who she is – which is very exciting.”

Mouni also opened up about the challenges that came with playing Junoon. “It is not very easy to strike a chord as the villain in a project of this scale but to have made that connection with the viewers is extremely gratifying and humbling,” she said.

She also gave a shoutout to director Ayan Mukerji. “I am eternally grateful to Ayan for giving me the opportunity to play such an amazing character,” the actress added.

Brahmastra: Part One – Shiva ended on a cliffhanger and teased an upcoming sequel. While the film’s plot is unknown, we do know that there’s more coming in from the Astraverse.

SEE ALSO: Rumour has it that Ranveer Singh and Deepika Padukone might play the lead roles in Brahmastra Part 2