Bhediya Trailer: Varun Dhawan starrer is both funny and thrilling

Bhediya Trailer: Varun Dhawan starrer is both funny and thrilling 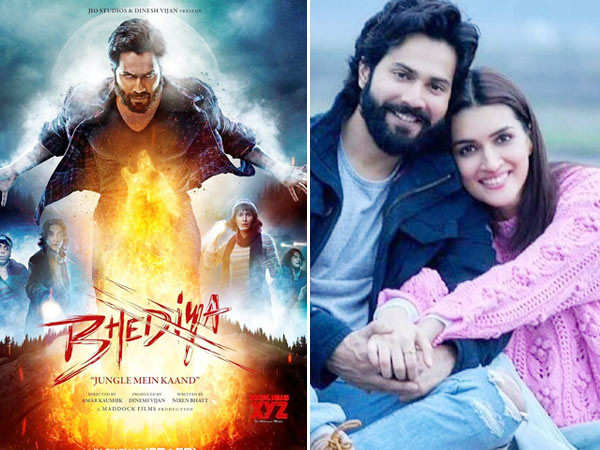 After a long wait, the trailer to the Varun Dhawan and Kriti Sanon starrer Bhediya is finally out, and it promises a unique storyline that is in equal parts chilling and humorous. Produced by Dinesh Vijan this film is the third instalment in the three part horror-comedy universe which also includes Stree and Roohi.

Bhediya is the story of Bhaskar, a man who gets bitten by a mythical wolf and begins to transform into the creature himself. When his friends find out about this truth, a series of twists and turns take place. The teaser shows a glimpse of a superhero style storyline, where Varun wonders why he was bit, whereas Kriti Sanon who plays the doctor reiterates that since he has been chosen, he must take on the responsibility.

The trailer also previews Varun’s CGI-assisted transformation into the wolf, as well as a remix of the popular tune from the animated Jungle Book Series called Jungle Jungle Baat Chali Hai. The remainder of the cast including Deepak Dobriyal and Abhishek Banerjee are also introduced.

Bhediya which is all set to entertain the audience with its horror meets comedy plot, was filmed in Arunachal Pradesh. The movie will be released in theatres on November 25.