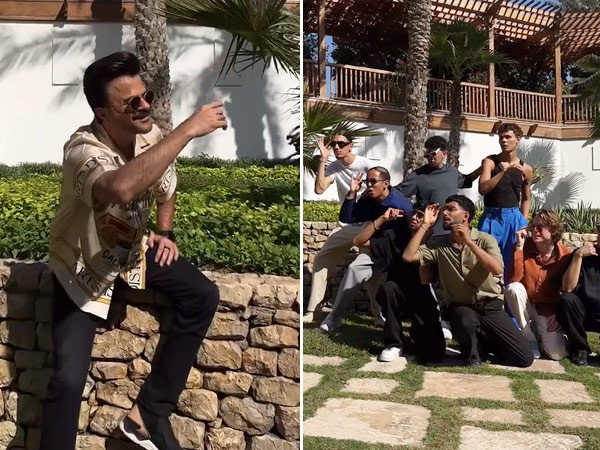 A video that’s now doing the rounds of the internet sees the dancers of Quick Style before the camera moves to Anil Kapoor who approaches the boys and leads them. The post is captioned, “Always listen to the seasoned one,” referring to the actor.

Fans simply cannot get over the unexpected viral video. An Instagram user commented, “The collaboration we all needed”. Another wrote, “Best thing on the internet today!!”

Quick Style has made headlines before, more recently for their performance on Kala Chashma.

On the work front, Anil Kapoor was last seen in JugJugg Jeeyo. He is set to star in the Hindi adaptation of The Night Manager, Siddharth’s Anand’s Fighter alongside Hrithik Roshan and Deepika Padukone and in Animal alongside Ranbir Kapoor.