Adipurush Teaser: Prabhas Goes Up Against A Sinister Saif Ali Khan In This VFX-Heavy Film

Adipurush Teaser: Prabhas Goes Up Against A Sinister Saif Ali Khan In This VFX-Heavy Film 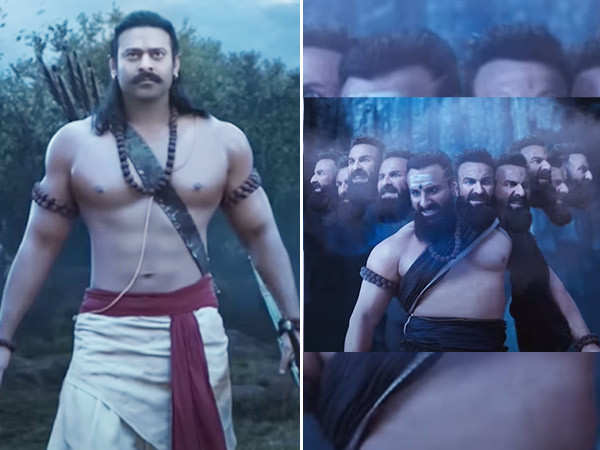 The much-awaited teaser of Adipurush starring Prabhas, Kriti Sanon, Saif Ali Khan, Sunny Singh, and others, is finally here. Directed by Om Raut, the film is based on the epic Ramayana, turning the classic “good vs evil” battle into a star-studded drama.

The teaser of Adipurush introduces us to Raghava played by Prabhas who can be seen doing everything from meditating underwater to slaying monsters with his bow and arrow. We also get a glimpse of Saif Ali Khan’s sinister Lankesh. It also features a look at Kriti Sanon’s Janaki and Sunny Singh as Lakshman.

Between landscapes and large creatures, the makers have gone all out to create a visual spectacle. It’ll be interesting to see how it pans out on screen.