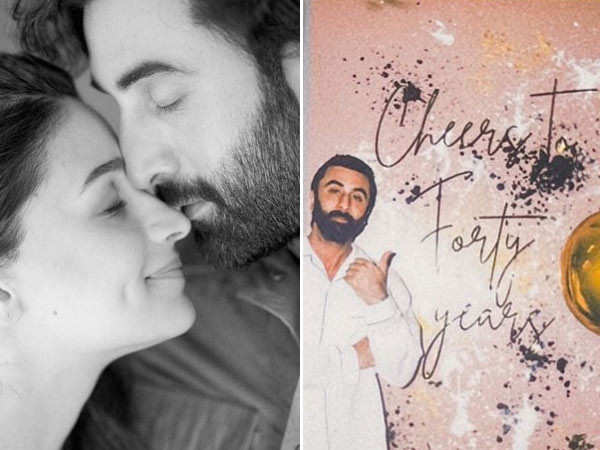 Ranbir Kapoor celebrates his 40th birthday today. Last night, the actor brought in his birthday with an intimate dinner attended by his family and close friends. While warm wishes have been pouring in on the special day, the sweetest birthday post has been shared by Ranbir’s better half Alia Bhatt.

The mom-to-be took to her Instagram handle to share a photo of Ranbir Kapoor from his birthday celebration. In it, he can be seen posing next to a wall with “Cheers to forty years” written in large letters and balloons around him. The Brahmastra actor looks dapper as he poses next to it.

Ranbir Kapoor tied the knot with Alia Bhatt earlier this year in April. The two are currently expecting their first child. Bhatt has been sharing glimpses of her maternity looks throughout the promotional rounds of Brahamstra over the past few weeks. The two were seen sharing screen space in the fantasy adventure film.