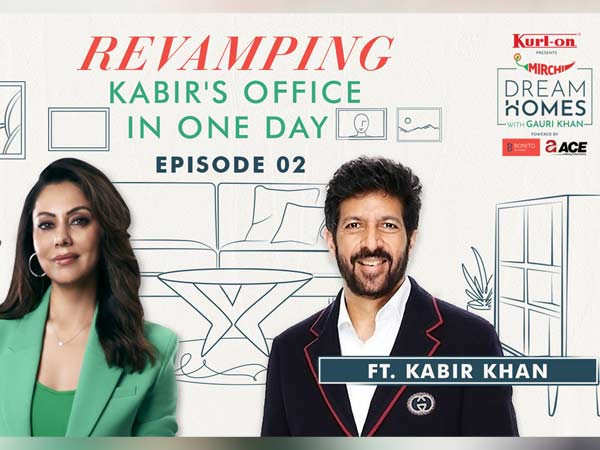 Gauri Khan is constantly expanding her horizons when it comes to putting her craft as an interior designer to the test. Over the years, she has built an empire for herself that only goes on to show her passion for her work. So much so that today she is a go-to interior decorator to give celebrity home makeovers.

Quite recently she has started her show and turned host. It is called Dream Homes and it is indeed a dream to have Gauri Khan share tips and tricks, talk about her varied experiences of giving the ideal makeover to celebrity homes, and impart knowledge when it comes to understanding home aesthetics and spaces.

In Episode 2 of Dream Homes, Gauri Khan chats with ace filmmaker Kabir Khan. What a lot of people are unaware of is how Kabir Khan had given a mere 24 hours to completely redo a space in his home, and Gauri Khan aced it. However, it was challenging nevertheless.

In this episode, people also get to know about how back in time, Shah Rukh Khan used to lend notes to Kabir Khan and that indeed comes as a revelation for the fans. Kabir Khan talks about how he has known Shah Rukh Khan and Gauri Khan back when they were in Delhi. He recalls how Shah Rukh was his senior in film school and would often lend notes to him for studying. He very generously credits Shah Rukh’s elaborate notes for his success at film school.

To catch the full episode download the Mirchi Plus App NOW or log on to Mirchi. in and witness the grand reveal of Kabir Khan’s redesigned space! Fans can also subscribe to the Mirchi Plus YT channel and view the same episode there. To get the latest updates on the very first season of Dream Homes with Gauri Khan follow @mirchiplus on Instagram & Facebook.