Hello World: Harleen Sethi Of Broken But Beautiful Fame On Embracing A Life Of Many Possibilities

Hello World: Harleen Sethi Of Broken But Beautiful Fame On Embracing A Life Of Many Possibilities 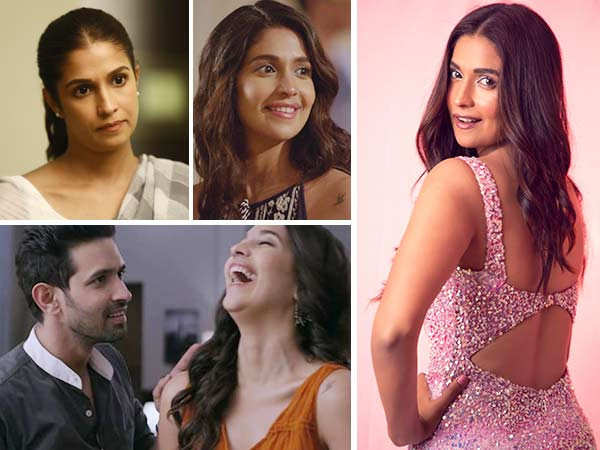 Harleen Sethi has been a dancer, an anchor, done TV commercials, and then found her true calling in acting thanks to her performance in Broken But Beautiful alongside Vikrant Massey. As a child, she used to take part in hazaar competitions. She was the most extra-curricular activity-inclined girl in her school. So much so that her mother used to always have three or four costumes ready.

Her confidence grew with every win. In fact, she’d end up winning despite not getting training. That’s what convinced her to be do something creative. “I was inclined towards advertising. I wanted to become an ad film director as he’s the captain of the ship. My parents had already paid Rs 25000 for MBA classes when I told them I wanted to pursue something creative.

They supported me in my decision and I started learning jazz, ballet and contemporary dance. I was a good student and soon got a scholarship for it.” She progressed to being a dance instructor and was soon teaching students on a one-to-one basis. She even taught Frieda Pinto for her role in the Hollywood Musical Desert Dancer (2014). Dance led to her getting a break in the ad world. “My first ad happened as a dancer. They were looking for someone who could do ballet in pointed shoes.

She worked in ad films for two years both as a model and an assistant director and also started giving auditions for shows and films. One such audition led to her being featured in Broken But Beautiful. She was actually chosen for another show called The Great Indian Dysfunctional Family. The entire cast were called for a narration with Ekta Kapoor.

Harleen’s sister was getting married, and she left her bidaai function early to be there for the narration. She was all decked up in traditional attire, with a big matha patti and huge earrings, when she landed at the meeting “When I was introduced to Ekta, she said, ‘Don’t you think you are a little overdressed for narration?’ They’d already locked in Vikrant Massey for Broken But Beautiful, and I’d heard they were considering Nushrratt Bharuccha or Prachi Desai to be the female lead. Ekta must have seen something in me as I was called for an audition. I gave one solo reading and the other with Vikrant.

I was asked to choose between the two shows, and I picked Broken… because I’m a romantic at heart.”She’d been an anchor for the show India Adventures and says she’s open to doing all kinds of things, provided they’re good. “I recently met someone who was interested in developing a series on lesser known dance forms and wanted me to anchor it. It would take me all around the world to interview dancers. I want to live a wholesome life and not be restricted to doing just one thing,” Every newcomer has to go through a cycle of struggle, and Harleen is no exception. With time, she’s learnt to take rejection in her stride. “I don’t see it as rejection or failure, but as a learning opportunity.”

“I’m from Mumbai and live with my parents, so unlike a lot of outsiders, I didn’t have to worry about paying rent or paying my bills on time. So my struggle hasn’t been that harsh. There have been ups and downs for sure, but that’s part and parcel of being an actor,” she explains.

She plays an army officer in Test Case 2 and a CBI officer in Gone Game 2. Harleen says she said yes to them because of their uniqueness. “Right now, I am in the zone of being an actor who is just exploring, having fun, and learning. It all boils down to how convincing I can look in an audition. If I can convince a director at that point that I can play the part, then I can work with him and develop it further when we actually shoot.

Also, 70 percent is luck. You should respect that and never allow your ego to get in the way. You should be kind and compassionate and helpful every time with everybody and let destiny sort you out.” She’d love to do comedy, which is something she hasn’t explored till now. In fact, she’d love to be in a proper Bollywood romantic comedy, with all the tropes thrown in. “Being a dancer, I fantasise about doing a dance number in a film. I’m doing a medical drama on OTT, which is also a romance. But it’s going to be all realistic and not over-the-top, like in our films.”

Strutting steadily into the hearts of viewers is no easy feat, but Harleen Sethi seems to have done it with aplomb and stayed put. She has always been inclined towards donning many hats at once. The young actress’ approach to her career philosophy, her upcoming shows such as The Test Case 2 that’ll continue to show her versatile graph of work as this time she’ll play an army officer, and how she never wants to be stagnant in just one territory of creativity is indeed inspiring. It was refreshing to hear out about her focused future and how she perceives her filmography to pan out, replete with variety. Here’s to aiming onwards and upwards, always, as sky is indeed the limit.