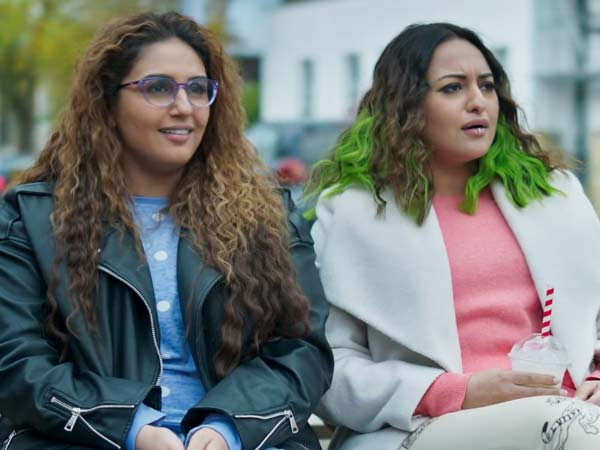 There are a lot of relevant issues in Bollywood that have come to the forefront over the last few years. One has been the constant habit of body-shaming and the victims sadly include our tinsel town stars too.

Sonakshi Sinha and Huma Qureshi are two actresses who have always faced the brunt of it, and they have never shied away from speaking up on how they tackle it on a regular basis. These two are close buddies in real life too hence the bond being seen on-screen comes off as organic. The teaser sees them binging on burgers and drinks and discussing at length about fat-shaming.

The teaser is extremely refreshing as the two are seen discussing how they have been fat-shamed all this while. Huma is seen asking Sonakshi, how they plan to lose the weight they have gained for this film. Sonakshi replies, ” Exactly how we did it when we dreamt of becoming heroines.”

Huma plays Rajshri Trivedi from Meerut and Sonakshi is Saira Khanna from Delhi. Glimpses of women of all shapes and sizes are seen in the background while the monologue goes on where Sonakshi and Huma discuss how people gave them nicknames and trolled them for being of a certain weight. To what seems like a joy ride, the teaser promises to bring out a harsh reality on the big screen.