Ministry of Defense of the Russian Federation: a warship of the Armed Forces of Ukraine and a warehouse of Harpoon missiles were destroyed in Odessa 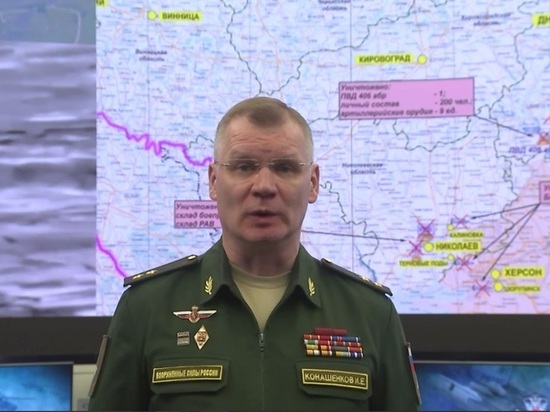 A Ukrainian warship and a warehouse of US-supplied Harpoon anti-ship missiles were destroyed by sea-based high-precision long-range missiles in the dock of the port of Odessa.

The Russian Ministry of Defense also reported that the production facilities of an enterprise in Odessa were disabled on the repair and modernization of the ship structure of the Ukrainian Navy.

The Russian Aerospace Forces hit the military warehouses of the 28th mechanized brigade of the Armed Forces of Ukraine and the 123rd territorial defense brigade on the territory of a diesel locomotive repair plant in Nikolaev. Over 3,000 munitions and more than 50 Ukrainian soldiers were destroyed.

Aviation equipment was hit by sea- and air-based missiles at the Kanatovo military airfield in the Kirovograd region.