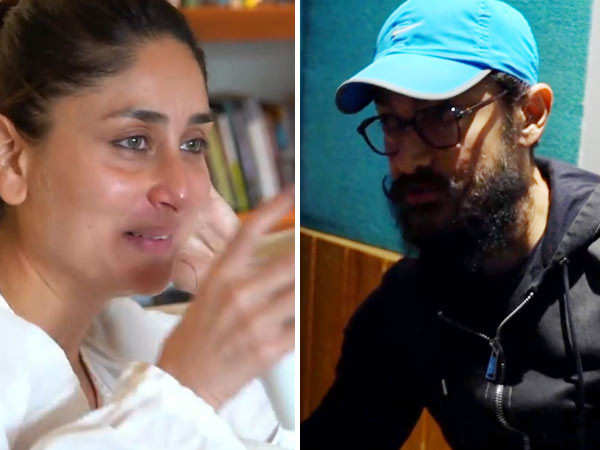 When it’s an Aamir Khan film, you know there are a lot of expectations riding on it and its double that when Kareena Kapoor Khan comes in to play the female lead. Laal Singh Chaddha is the official Hindi remake of the Tom Hanks starrer Forrest Gump and ever since its song releases and trailer launch, fans and critics have been excited to watch see what the film has in store.

Recently a video surfaced online where both Kareena and Aamir are seen discussing the next song in cue from the film titled Phir Na Aisi Raat Ayegi. The video that was shared online comically hints that Aamir Khan was afraid that Kareena might run away from the shoot of the film.

In the video, Kareena is seen humming to the tunes of the song and expressing to the camera team that it is her favourite number from the film. The camera pans to Aamir who is seen in his look from the film, sporting a long beard and a blue cap. He replies back to Kareena’s remark, stating, “Ye gaana sunke Kareena ne bola ‘this is the song of the decade. Ye ab main usko sunauga toh boligi, yeh kya kardia. Heroine apni bhaag jayegi.”