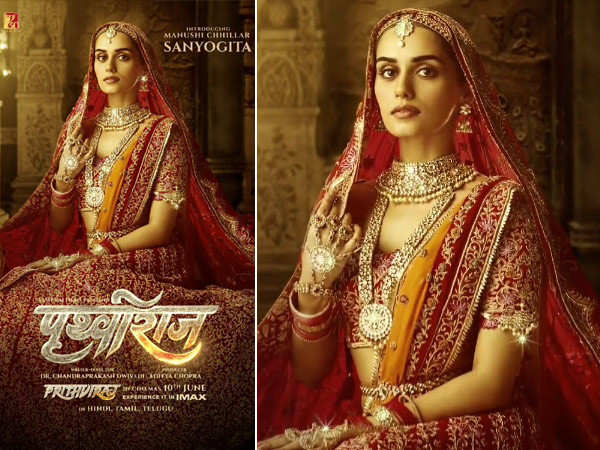 After gaining a fanbase of her own by winning the Miss World pageant in 2017, Manushi Chhillar is all set for her dream Bollywood debut alongside Akshay Kumar in Prithviraj. Helmed by Dr. Chandraprakash Dwivedi, Manushi Chhillar received an extremely thoughtful gift on her birthday from her first director and commented by saying, ‘It’s going to be a piece of nostalgia for me forever!’

She was gifted an outfit that she donned on the very first day of the shoot for Prithviraj and it shall always hold a special place in her heart.

Prithviraj is a historical period drama, the storyline revolves around the brave fight put up by Samrat Prithviraj Chauhan in protecting India against the invasion of Muhammad of Ghor. Manushi Chhillar plays the role of Princess Sanyogita and looks ethereal in the avatar.

A costume from the film was given by Aditya Chopra and the director to their lead heroine on her birthday. Feeling overwhelmed with gratitude, Manushi commented, “This is a really special surprise and it makes me extra happy to receive this on my birthday! I would like to thank my director Chandraprakash Dwivedi Ji for this thoughtful and touching gesture of gifting me an outfit from my debut film on my birthday! I’m beaming with joy and it’s going to be a piece of nostalgia for me forever.”

Furthermore, she added, “I will cherish this project all my life and it is moments like this that will make my working in the film about Samrat Prithviraj Chauhan an unforgettable experience. It’s even more special because this was my 1st day – 1st scene outfit which is extremely gorgeous and has such intricate Zardozi work on it. My journey in cinema has just begun and I’m indebted to destiny for finding me a film that is giving me so much love!”

Prithviraj is indeed a dream debut for Manushi and her debut is one of the most anticipated ones this year. It will be a multilingual film released in Hindi, Telugu, and Tamil.