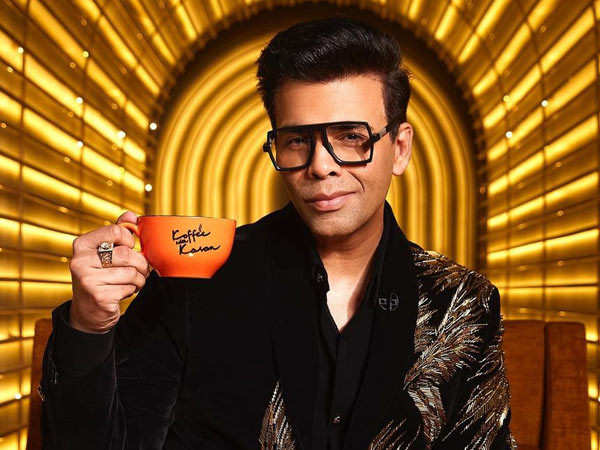 Director and producer Karan Johar nearly started a frenzy when he teased that Koffee with Karan, his iconic celebrity talk show won’t return for another instalment. Shortly after, he shared an announcement revealing that Koffee with Karan Season 7 isn’t returning to TV because it’s arriving on an OTT platform this time. And now, he has shared yet another exciting update.

This weekend, Karan Johar shared a photo on his Instagram stories with a coffee mug. He captioned the pic “And so, it begins…” indicating that filming for the show has started.

So far, the list of celebrities attached to appear on the show has not been confirmed. But some reports have revealed that the first episode may feature Alia Bhatt and Ranveer Singh. The stars are set to appear in Karan Johar’s next directorial Rocky Aur Rani Ki Prem Kahani. The Dharma Productions-backed film which also stars Dharmendra, Shabana Azmi and Jaya Bachchan arrives in cinemas sometime in 2023. Another report mentioned that season 7 will also feature some of the biggest South stars including Allu Arjun and Rashmika Mandanna who were last seen sharing screen space in Pushpa: The Rise. However, these speculations have not been confirmed.

Earlier, the filmmaker had also posted multiple photos seated on a couch captioned, “Back to brewing some koffee!”. The photos in which Karan Johar is decked up in a stylish jacket also offered a glimpse of the show’s grand sets.

Koffee with Karan has had a long successful TV run. It first aired in 2004 on a leading network and went on to run for six seasons with the last episode airing in 2019. The release date of season 7 remains to be announced.