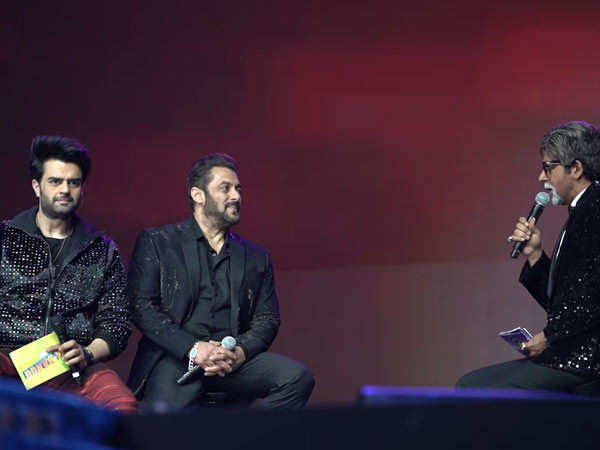 Maniesh Paul shared glimpses of Da-Bangg: The Tour Reloaded in Riyadh, on his YouTube channel. He gave fans a sneak peek of the stage and venue and of him getting ready. He also shared clips of performances including his own, Salman’s, Prabhudeva’s, Shilpa Shetty’s, Aayush Sharma’s, and Saiee Manjrekar’s.

At one point in the video, Maniesh expressed gratitude towards the fans and crowd for their love and further added, “Agar aap log peeche nahi jayenge toh yeh show bandh karna padega.”

During one of the skits, Maniesh called out ‘Amitabh Bachchan’ on the stage. Sunil Grover, who mimicked Big B, entered the stage and joked with Salman about getting married. He said, “Kya ho jaata hai shaadi ke naam se aapko? Byah kar lijiye.” This left Salman blushing.

“The kind of love we got in Riyadh, it is unreal,” Maniesh said while signing off as he described the love the team received in Riyadh.

The show in Riyadh was attended by thousands of people. Salman danced on a medley of his songs from Maine Pyar Kiya, Hum Aapke Hain Koun, Mujhse Shaadi Karogi, Kick and many more. During the first part of the Da-Bangg tour vlog posted by Maniesh on his YouTube channel, he shared glimpses of rehearsals. As he went to the green room, he joked, “Welcome to my one-bedroom-hall-kitchen. Mumbai mein itna one-bedroom-hall-kitchen hi hota hai.”