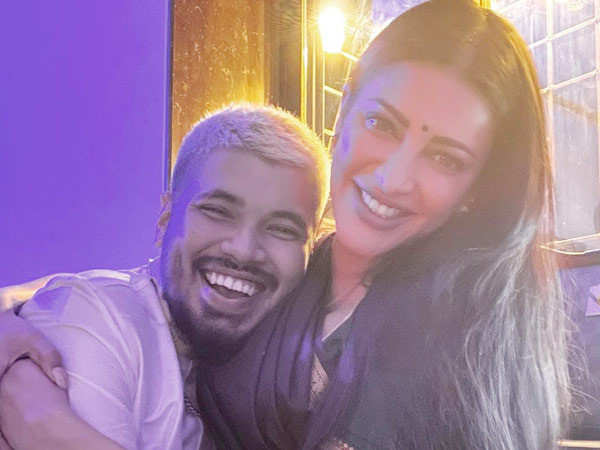 Shruti Hassan and her boyfriend Santanu Hazarika played ‘couple challenge’, a video of which was posted by Shruti on her Instagram account.

To the first question, ‘Who was interested first?’Shruti pointed at Santanu while he tilted his head towards Shruti and then both started nodding their heads in denial. On being asked the next question, which was, ‘who said I love you first?’, Shantanu leaned his head towards and Shruti too smiled and pointed at herself. The couple pointed towards each other on being asked ‘who is more protective?’

Both of them pointed at Shruti when asked ‘Who cleans more?’ The duo agreed that Santanu ‘eats the most’ and Shruti ‘spends the most money’. Shruti pointed at her when the question of ‘who’s most likely to start an argument’ came up and Santanu agreed to her after thinking for a while. Santanu revealed that he ‘falls asleep first’ and the video ended with both  of them pointing at each other on being asked ‘who is more annoying?’ Shruti captioned the post as, “Sleepy faces.”

In a recent interview with Mandira Bedi, Shruti spoke about how she was expected to hide her relationships. She said, “I hid a lot in the past. I have been very particular. I have been like, ‘Oh my God, I am totally single’ for the longest time. Because people were like ‘you have to appear that way, you have to appear desirable, available’.”
She further added, “And one day I was like, ‘For whom? For what?’ I also felt like it was disrespectful to my partner– to hide it. It may or may not work out, we don’t know but I think it’s important to respect your environment and the people in it.”