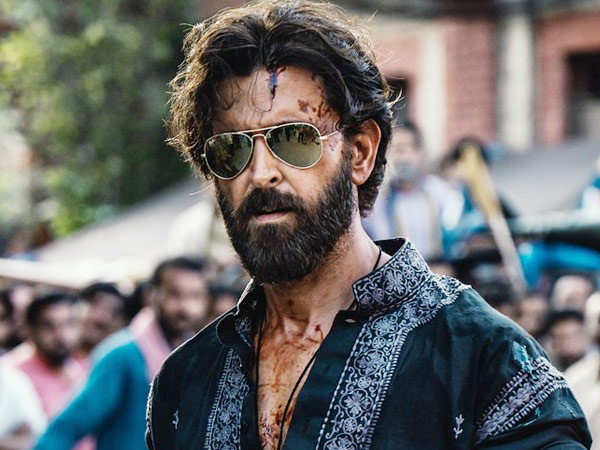 Actor Hrithik Roshan, who is celebrating his birthday today, has shared the first look of Vikram Vedha. The picture shows Hrithik in a deep green kurta with white details on it. The picture appears to be a still from the movie and it shows Hrithik bleeding so one can assume that he’s gotten into a fight in that scene. The scene seems to be set in a busy marketplace as there are many people looking on in the background. Hrithik sports a heavy beard and shades in Vikram Vedha, as can be deduced from the look.

As of writing this article, the picture has already racked up 24,OOO likes and over 4000 retweets on Twitter. Vikram Vedha is a remake of the Tamil blockbuster of the same name. The original Tamil film starred R. Madhavan and Vijay Sethupathi in the lead role. The Hindi remake of Vikram Vedha stars Hrithik Roshan and Saif Ali Khan in the lead roles with Radhika Madan playing a crucial part. Vikram Vedha tells the story of a rugged cop who hunts down a rowdy gangster. As of now, Vikram Vedha is set to release on September 30 this year.