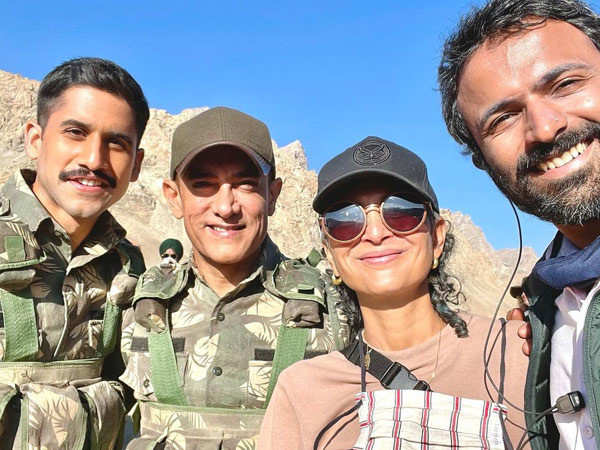 While the audience, especially fans of Aamir Khan are eagerly awaiting the release of Laal Singh Chaddha, the latest development regarding the movie will certainly build anticipation and curiosity even more. If sources are to be believed, after watching the first cut of the film, the makers have loved Aamir Khan and Naga Chaitanya’s on-screen jodi and their performances to the extent that they have decided to incorporate more scenes of the actors in the movie.

A source informs, “After watching the first rush of the film, especially the scenes featuring Aamir and Naga, the makers were taken by surprise with the way they have turned out to be. Unanimously, filmmaker Advait Chandan and writer Atul Kulkarni feel Aamir and Naga’s on-screen chemistry is one of the biggest USPs of the film and so they mutually decided to incorporate more scenes of the actors that would benefit the film making it all the more interesting.”

Laal Singh Chaddha stars Aamir Khan and Kareena Kapoor Khan and has been directed by Advait Chandan with music by Pritam and lyrics by Amitabh Bhattacharya. The film is presented by Viacom18 Studios.

Shot in over 100 locations across India, the love story spans different time periods of the journey of the protagonists. ‘Laal Singh Chaddha’ is produced by Aamir Khan, Kiran Rao and Viacom18 Studios and will release on April 14 Baisakhi 2022 in theatres worldwide.