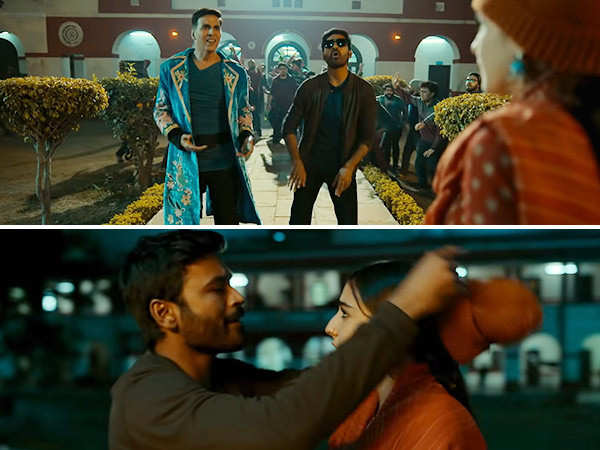 With Atrangi Re’s music topping the charts, the makers of the film have launched yet another catchy number from the album. Little Little, the only song featuring all the three Atrangi Re stars – Akshay Kumar, Dhanush and Sara Ali Khan – is the album’s most special song for more reasons than one. The song has been sung by none other than Dhanush himself! Joined by Hiral Viradia on the vocals, the song sees Dhanush in a never-seen-before groovy avatar! Slated to release on a leading OTT platform on 24th December, Atrangi Re is a fresh love story with a twist.

While Dhanush shows us some fun dance moves in Little Little, the song will also witness an epic dance-off between Dhanush and Akshay Kumar. Composed by the musical genius A. R. Rahman, the lyrics have been penned by Irshad Kamil. The song will be out in both Hindi and Tamil.

Speaking about the song, Atrangi Re producer Bhushan Kumar said, “This is the only song in the entire film that features all the three stars – Akshay Kumar, Dhanush and Sara Ali Khan. This, in itself, makes it the most special song of the entire album! Little Little will definitely have you humming its catchy tunes. This one’s a masterstroke by A. R. Rahman!”

Known for making movies with heart-warming and stirring numbers, Aanand L Rai’s Atrangi Re is once again set to shatter music records. Talking about Little Little, the maverick filmmaker said, “The journey of making this song was most fun and it reflects in the song aptly. Nothing better than Dhanush crooning to a fun AR Rahman melody. The song definitely leaves one with a chuckle and a spring in the step.”