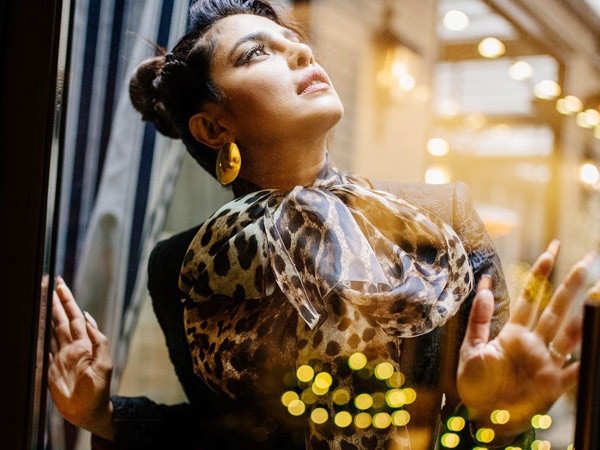 Priyanka Chopra is all set to star in the next movie, The Matrix Resurrections. The actress walked the green carpet for the movies premiere and spoke about how a Nick Jonas had already seen the movie and also why he couldn’t attend the premiere himself.

“He couldn’t make it tonight. Somebody in his tour tested positive, so he wanted to be careful coming in,” she told Chris Gardner of The Hollywood Reporter.  “He loves it and he’s a fan of The Matrix anyway,” Priyanka added.

Keanu Reeves returns to the Matrix franchise with this movie after a period of two decades. The movie also introduces Priyanka Chopra as the grown-up version of Sati. “He’s definitely a fan of The Matrix and I think he was very excited when I became a part of the movie. He may or may not have been very excitedly bragging, telling a few of his fans that I was part of the next one. Yeah,” Priyanka had earlier said on a popular chat show.