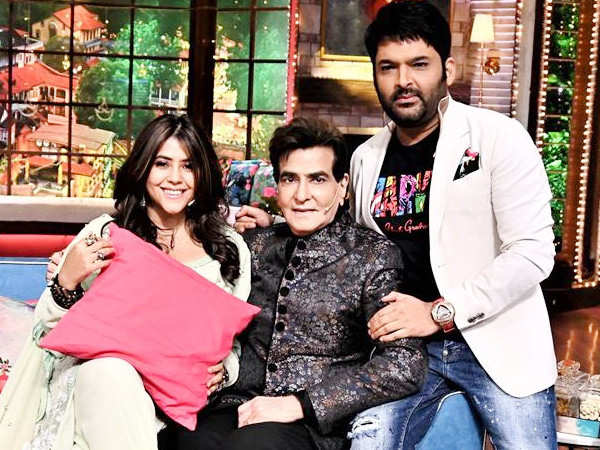 Veteran actor Jeetendra Kapoor and his daughter Ekta Kapoor were invited as guests on The Kapil Sharma Show last month. Now, a video from the show featuring the father-daughter duo was shared on the internet and it shows the doting father praising Ekta for her work.

In the video, Jeetendra shared how his wife Shobha Kapoor and daughter Ekta built a set worth Rs. 4 crores instead of taking a bungalow for rent for a show. “Shobha and Ekta erected sets for Rs 4 crore at that time. The idea was to amortise, to use it in such a way and get the grandeur also,” he said.

He added, “Pehle aisa koi karta nahi tha, set nahi lagata tha. Then they did it. You have to think out of the box. They thought out of the box, they saved money. On the contrary, yeh bohot sasta pad gaya. Rs 4 crore ka set laga ke usko 5 saal chalaya.”