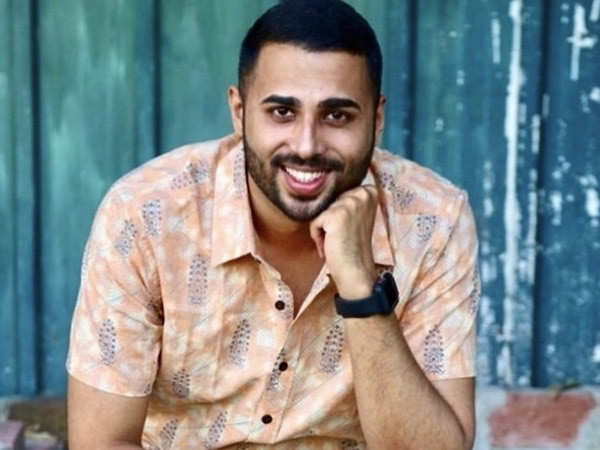 Filmmaker Tushar Tyagi, who is based in Los Angeles, has now begun his journey as an executive producer with a short film ‘Man and Wife’. The film narrates the story of a groom who wishes to don a Benarasi Saree on the day of his wedding.

“Man and Wife portrays how patriarchy plays an innate part in influencing each gender role from a dedicated masculine perspective. How we tend to frame everyone and everything into some specific spectrum of squares, irrespective of race, gender, ethnicity etc,” a spokesperson from the team said

The statement further added, “Wearing sarees, that’s how he (the main character) expresses himself most in his own skin. It has nothing to do with his gender belief or sexuality. The broader gamut of queerness is always wider and sentimental in its own terms. This short film throughout it’s limited runtime, goes on befitting our stereotypical eyes to set on ambiguity and maybe make peace with it.”

Commenting on the film, Tushar Tyagi said, “This film was a submission to our Yellowstone International Film Festival (YIFF). The film festival has been organizing quarterly YIFF screenings to showcase the work of filmmakers year-round. I understand how important it is to bring these independent films to the limelight and amplify them and their filmmakers. I founded this film festival with the motive of being able to provide a platform to fellow filmmakers and their voices. When we saw this film we realized that it is a unique film and that’s how I came on board.”

The film is written and directed by Rahul Roye and produced by Rudrajit Roy, while Tushar Tyagi and Rodrigo Diaz are the executive producers. Tushar has earlier directed Saving Chintu, which depicts the story of an Indian-American gay couple who come to India to adopt a child.