Exclusive: Raveena Tandon reveals why she chose Aranyak as her digital debut

Exclusive: Raveena Tandon reveals why she chose Aranyak as her digital debut 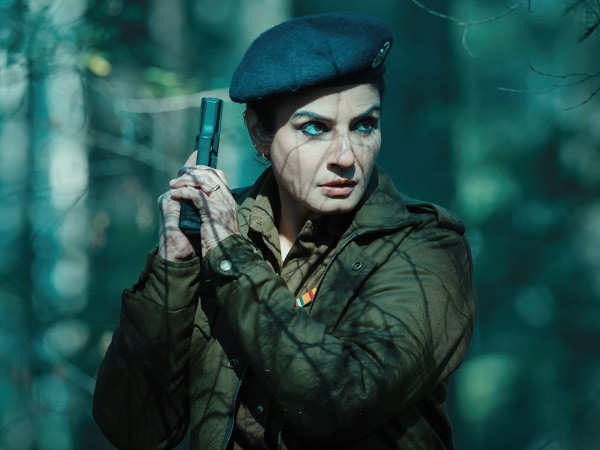 Raveena Tandon must be on cloud nine right now. Her recent project, Aranyak, has been receiving some rave reviews. The series, which was released on a leading OTT platform, is a tight slow-burn that is riveting from start to finish. Aranyak is also Raveena’s digital debut and has some strong supporting characters. In an exclusive interview with Filmfare, the actress opened up about her digital debut.

“I’m a huge fan of these whodunit crime thrillers myself. You know, those gripping ones which you just binge-watch with a bucket of popcorn by your side. I’m happy that I have chosen this because Netflix is a great platform and the kind of content that they come out with is always top-notch. What better than this to make my digital debut?” Raveena says, with a smile.

Raveena also spoke about why she chose to go with Aranyak as her foray into the OTT space.

“The character that I play is strong, fierce and talented. And this has always been my secret wish . . . if you read my interviews even from the ‘90s, I’ve always wanted to be a cop. I got into the movies and I wanted to give my IPS exam. Kiran Bedi was my idol. Then when I did hear about Kasturi’s character, I totally fell for her because she was this really talented woman with brain AND brawn. She’s strong and fierce and believes in herself. And, what was very interesting was also the way she balances her work and her home. And there are so many people out there who are lucky to have the support of their families, who are in a profession like this and there are some who don’t get that support. So, it was important for me to portray this on-screen as to how women juggle their home and careers – both of which require their 100 per cent, mentally and physically. They have to also juggle everything at home whether it’s the children, the cooking or the in-laws or the husband, you know? This struggle of Kasturi’s was very important to me,” she adds.

Aranyak sees Raveena Tandon play the role of Kasturi Dogra, a top cop from a small town who is brash, bold and a total badass. Throughout the series, Kasturi has to face many hurdles on the work front and on the home front. Does she succeed all the time? Not necessarily but it’s, perhaps, one of the best characters on an OTT platform to date.