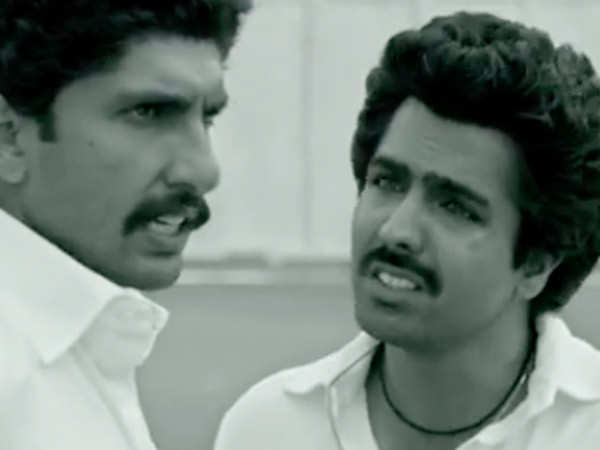 83′ is just days away from release and it feels like the entire nation is gearing up for the film to hit the big screen. Directed by Kabir Khan, the film is based on India’s victory in the 1983 cricket World Cup. Ranveer Singh essays the role of Captain Kapil Dev, while Hardy Sandhu will be seen as bowler Madan Lal and the makers released a clip from the film today that leaves you thrilled for the release.

In a newly released asset of the film, Kapil Dev reveals Madan Lal’s revenge against Vivian Richards. Madan Lal was the highest impact bowler of the 1983 World Cup. While India had played against all odds and reached the final, Madan Lal had a bad spell and was not supposed to bowl the over that won us the World Cup. Kapil Dev narrated how Madal Lal insisted on bowling and needless to say, the risk paid off.

In the clip, you can see Harrdy Sandhu requested Ranveer to let him bowl despite being hit out of the boundary. As luck had it, he played Viv Richards and Kapil Dev took that unusual catch to get us our first ever world cup win

Check out the video below.