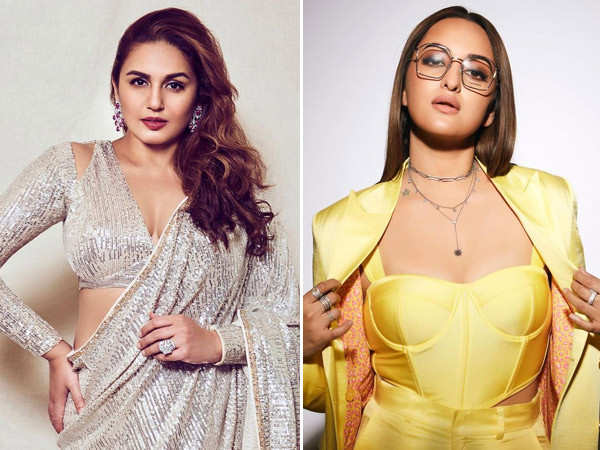 Huma Qureshi and Sonakshi Sinha have been victims of fat shaming since the day they stepped foot into the industry. They were mercilessly trolled with unwarranted comments and advice on their social media.To combat this situation which affects the self-esteem of millions of people, they have joined hands for a film which revolves around fat-shaming, titled Double XL.

The announcement video of this film shows Huma and Sonakshi introducing themselves as Rajshri Trivedi from Meerut and Saira Khanna from Delhi respectively. Their banter begins when Huma asks Sonakshi about how to reduce the weight the two have gained for the film, Double XL.Sonakshi replies, “Just like we did for becoming a heroine for the first time,” while adding, “Have you forgotten the time when people used to say ‘Huma Qureshi is too heavy to be a leading lady?’. Huma then asks Sonakshi, “And have you forgotten how people used to call you Motakshi in the comments section of your every promo and video?”.

A confused Sonakshi asks , “Are we fat-shaming each other?” to which Huma replies, “Why not, people consider fat-shaming a matter of pride in our country.” Sonakshi questions, “But why? Because those who fat-shame us, their sisters, friends or mummies are also overweight. Don’t they have a right to dream?” Huma replies, “They do have the right, partner. That’s why it’s important to tell the story of this film.”

The teaser was lauded by all in the industry as celebrities have come forward time and again to shut down trolls who comment on people’s bodies, complexion, features, etc. This film is going to be a big way forward and will give agency to many women with natural bodies. The release date for Double XL, directed by  Satramm Ramani and co-produced by Huma and Saqib Saleem will be out soon.