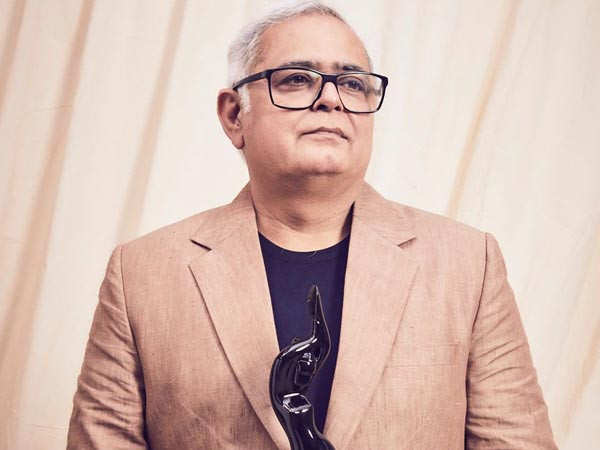 Filmmaker Hansal Mehta was one of the stars of the recently concluded Filmfare OTT Awards. Hansal Mehta’s Scam 1992 was one of the big winners of the evening with 12 wins from 14 nominations. It must be noted that while Scam 1992 released a while ago, the fervour with which people praise the series hasn’t died down. Taking to Twitter, the filmmaker spoke about his journey with Filmfare and the iconic Black Lady.

“I first attended the Filmfare awards when @VishalBhardwaj won the RD Burman Award for Maachis. Then for years with @BajpayeeManoj who made winning this award a habit. I loved being there but I must admit that I felt envious of the nominees and winners!” the filmmaker wrote.

“Many years later I accompanied @RajkummarRao for his wins. It’s been nearly 26 years of attending these awards and finally, I got one for myself. It was my first nomination and my first black lady. The feeling was very special especially because Manoj was also there last night,” he added.

Hansal Mehta went on to say that he missed Rajkummar Rao immensely and gave a shoutout to his children and partner. “Am blessed to have lovely children & a most supportive and nurturing partner in Safeena. Missed my parents Kishu, Deepak & Yusuf but I felt their smiling presence as I lay down in my bed this morning. Missed my son @JaiHMehta terribly,” he wrote on Twitter.

“Am grateful to the universe for showering us with such love and appreciation. It gives me the impetus to move forward into my next work with more passion and as fearlessly as some of my work I’m most proud of. Thank you to all my collaborators over the years for tolerating me and blessing my work with your outstanding talent. Without all of you, I would be nowhere and completely lost. Thank you #ShivankKapoor for always ensuring that I’m decently dressed for these special occasions,” he wrote in conclusion.