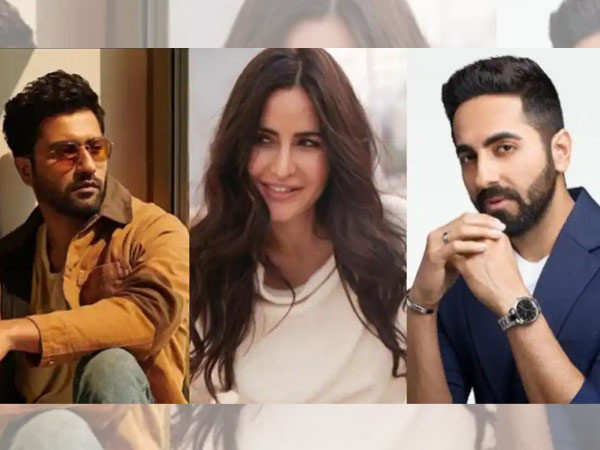 Ayushmann Khurrana skillfully confirmed the rumours of Vicky Kaushal and  Katrina Kaif dating each other, in a recent interview. Vicky Kaushal and Katrina Kaif are rumoured to be in a relationship since 2019 and from the start of this month, rumours of their wedding in December are also doing the rounds. However, the couple has always remained silent and chose not to comment on such rumours.

Ayushmann, in a recent interview with Siddharth Kannan, was given several female actors’ names and was asked if, in real life, he had to do ‘Aashiqui’ with them, for what kind of date he will take them out?

The first name presented to him was Katrina Kaif. Responding to this, Ayushmann said, “Listen, I can’t dance like her. I don’t know man, Katrina Kaif, but ya, Vicky (Kaushal) is a Punjabi na so I’m sure there’s some Punjabi connect for sure.”

Earlier Harsh Varrdhan Kapoor had also given consent to rumours suggesting that Vicky and Katrina are dating. In an interview with Zoom, when Harsh Varrdhan was asked which rumoured relationship in Bollywood is real, he replied, “Vicky and Katrina are together, that’s true. Am I going to get in trouble for saying this? I don’t know. I think they’re quite open about it.”

Explaining that he doesn’t pay heed to such rumours, Vicky had earlier told Siddharth Kannan in October, “To be honest, mere paas woh mental space hi nahi tha (I didn’t have the mental space), because I was right in the middle of a shoot… Funnily enough, what happens is, these rumours start at 9 o’clock in the morning by the media and by 4.30, the media only negates the same rumours and says ‘no, it’s not true’. So, you don’t have to do anything.” He further added, “I had my blinders on, on my work, and I keep focusing on work.”