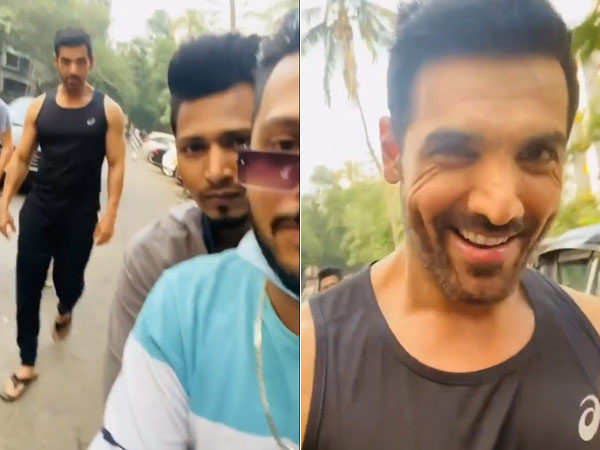 So how would you react if a star grabbed your phone and left a message on it? You’d be shocked? Surprised?  Delighted? Right? That’s what happened to these two guys. So to start from the beginning, these two guys were on a motorbike. The guy on the pillion had his phone out and we guess he was surreptitiously filming John Abraham who was walking on the street just behind them. Imagine the guy’s surprise when John lunged forward and grabbed the phone from the guy’s hand.

”Hi, how are you? he said, snatching the phone. He further added, ” Hi, you guys okay? That’s my friend there.”  He then handed the phone over to the guys and walked on.
The guys were shocked, surprised, thrilled at this encounter with a  star. Fans praised John for his humility. Sweet, we say.