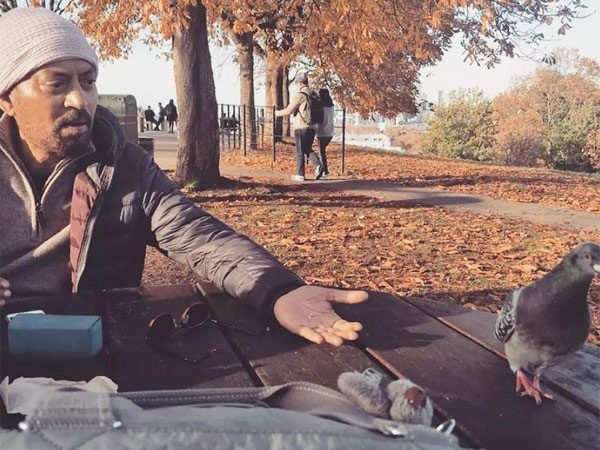 Irrfan Khan left us too early leaving behind a long list of roles which he played to perfection. His departure has left a void and his wife Sutapa Sikdar and son Babil always make sure that along with them netizens too remember him as the two often share some posts about the actor.

Sutapa Sikdar recently took to her social media to share an unseen picture. The picture she shared sees Irrfan from one of their vacations and he’s seen watching a pigeon intensely. Sutapa’s caption is deep and talks about the season Autumn. Her caption reads, “’#autumn”Nature’s first green is gold, Her hardest hue to hold. Her early leaf’s a flower; But only so an hour. Then leaf subsides to leaf. So Eden sank to grief, So dawn goes down today. Nothing gold can stay.”#Robertfrost#todaythreeyearsago#irrfan.”

Irrfan and Sutapa’s son Babil is all set to make his debut soon. The young lad is going to follow his father’s footsteps and we can’t wait to watch him at the movies. His debut project happens to be Anushka Sharma’s production Qala and Babil will share screen with Tripti Dimri in the film.