Taapsee Pannu announces her next with Pratik Gandhi

Taapsee Pannu announces her next with Pratik Gandhi 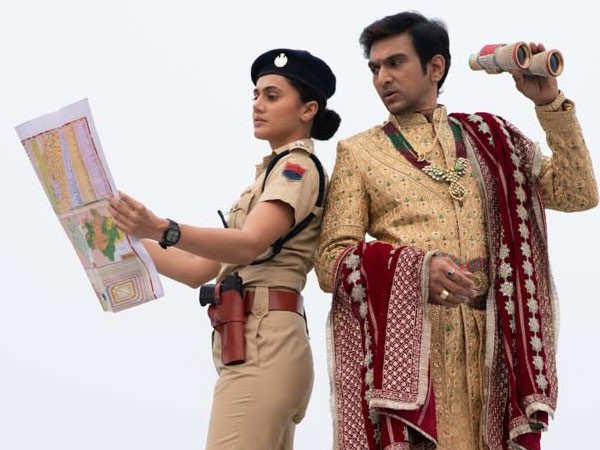 Currently, we’re undergoing a phase where we hear of a new project being announced almost every day and leaving everyone excited. The team-up of two interesting actors further makes these announcements fun. This morning Taapsee Pannu and Pratik Gandhi announced something new and interesting that left the internet curious.

Taapsee took to her social media and shared a glimpse of her next titled Woh Ladki Hai Kahaan? The actress is seen in a cop avatar meanwhile co-star Pratik Gandhi is seen in a groom’s clothes looking absolutely worried. Taapsee’s caption tells us all as it reads, “Pratik Gandhi and I are all set to find his missing bride in Junglee Pictures & Roy Kapur Films’ next comedy-drama.” Looks like this one is going to be a fun caper in the waiting.

Makers – Junglee Pictures & Roy Kapur Films reveal that this one will be a unique comedy-drama. Taapsee will be seen playing a feisty cop and Pratik will be seen as a young newly-wedded scion of a masala magnate. The first schedule is currently being shot at Jaipur and the film is written and directed by Arshad Syed. The film will be released next year. Can’t wait.