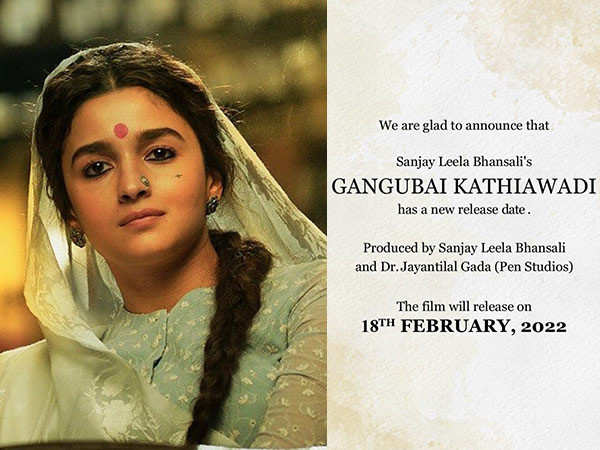 Alia Bhatt and Sanjay Leela Bhansali team-up for the first time for Gangubai Kathiawadi. This morning, the makers of Gangubai Kathiawadi announced its new release date. While earlier it was set to have a theatrical release on January 6th, 2022, the team has now pushed it to February. SS Rajamouli’s RRR – a pan India film has been slated for a Jan 6 release. The film also stars Alia Bhatt in a pivotal role. han and Deepika Padukone, SLB has found a new muse in Ms Bhatt.

To avoid this big clash, Gangubai Kathiawadi went ahead with another release date. With theatres reopening and the business gradually picking pace, it was surely not the best decision to have a clash at such a stage and risk the business at the box-office. Ajay Devgn, who has a special role in Gangubai Kathiawadi, will be seen in RRR as well.

Sanjay Leela Bhansali is excited about the project which is close to his heart. He’s impressed with Alia’s work and rumour has it they might team up again.Looks like after Aishwarya Rai Bachchan and Deepika Padukone, SLB has found a new muse in Ms Bhatt.