Shahid Kapoor teams up with Ali Abbas Zafar for his next

Shahid Kapoor teams up with Ali Abbas Zafar for his next 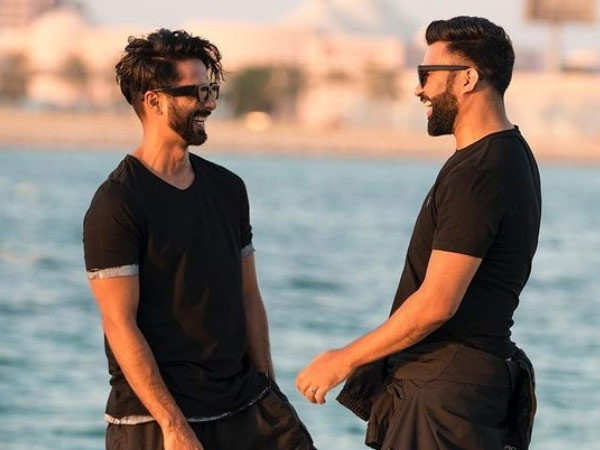 Shahid Kapoor always keeps his fans and the media awaited to announce his next. The actor makes sure that the script is right and only then he moves forward to make an official announcement and come on board. This morning he has announced his next film with director Ali Abbas Zafar.

Shahid Kapoor took to his social media and shared a lovely click with the director. In the picture we see both of them smiling and his caption reads, “Day 1 – Blood… crime… and lots of action. Here we go… @aliabbaszafar better get your game face on.”

Now looking at that click and reading that caption, it looks like the director-actor duo are ready for some major action flick.

Ali Abbas Zafar too took to his social media and shared the same click and said, “Let’s get this started @shahidkapoor are you ready for a crazy, quirky, mad ride of guns & gangs.” It’s always a treat to watch Shahid Kapoor in action mode.

Shahid Kapoor recently finished shooting for his web debut with Raj and Krishna DK. The actor shot a major part of the show in Goa and we hear that the content will blow our minds off. He has Jersey up for theatrical release as well.